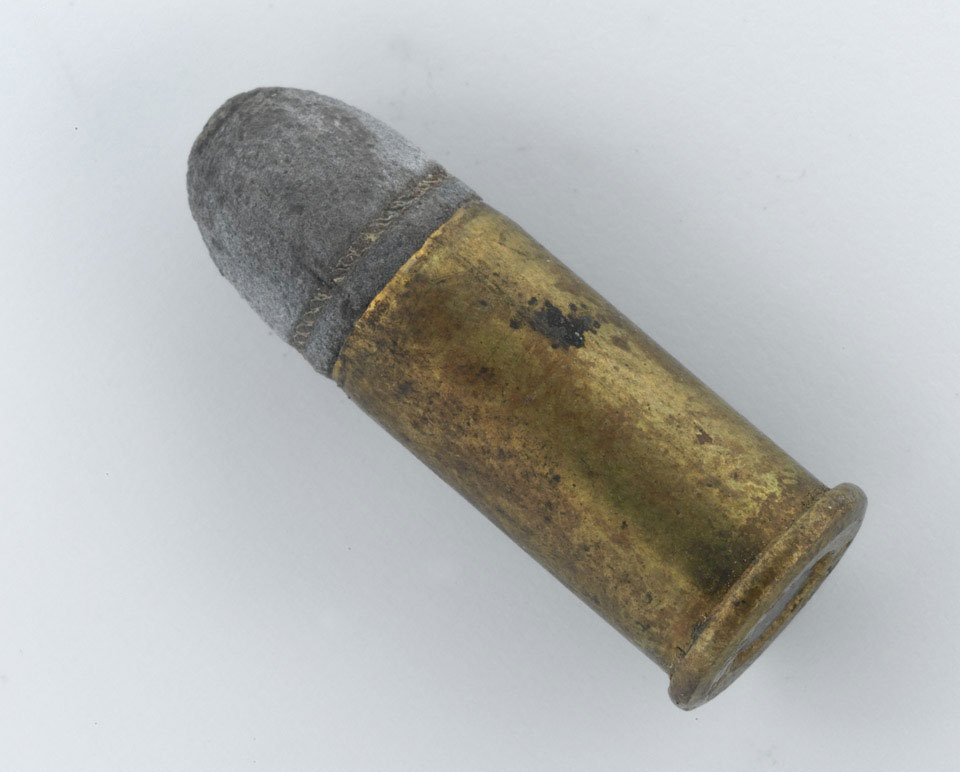 This cartridge was carried by a member of the British South Africa Company who was involved in the Jameson Raid on Paul Kruger's Transvaal Republic. The raid was led by Dr Leander Starr Jameson and his Rhodesian and Bechuanaland policemen over the New Year weekend of 1895-1896. It was intended to trigger an uprising by the primarily British expatriate workers (known as Uitlanders) in the Transvaal, but failed to do so. The cartridge was later used in evidence at the subsequent trial of the raiders in July 1896.