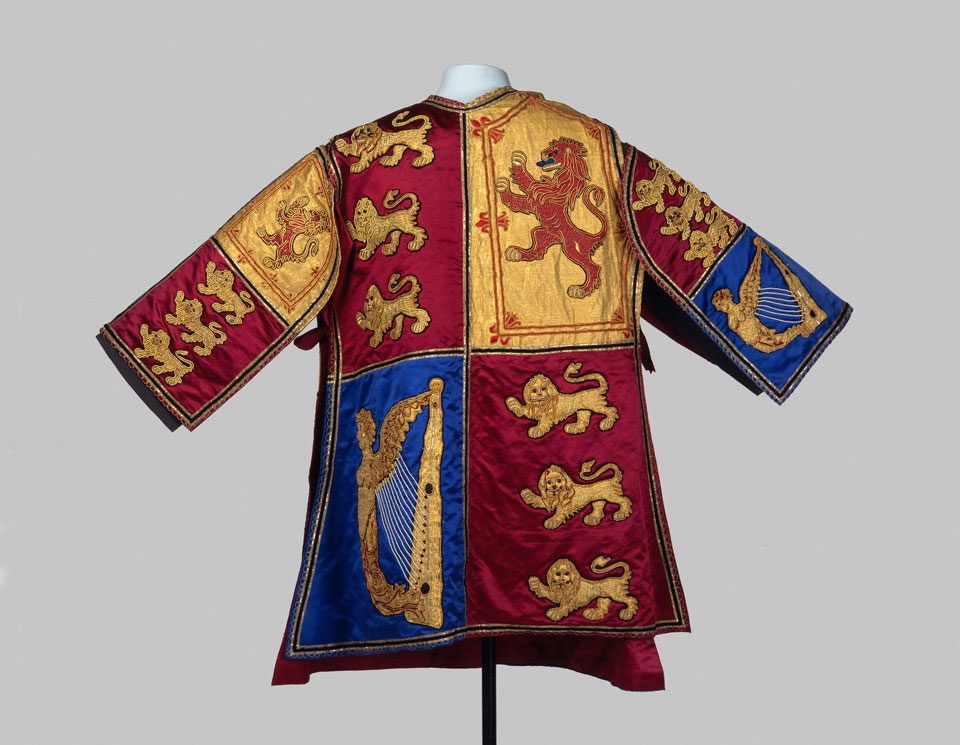 Tabard worn by a herald at the Imperial Assemblage in Delhi on 1 January 1877, at which Queen Victoria was proclaimed Empress of India

The British Government revived the Moghul titles of Emperor and Empress of India in 1876 in order to distinguish Victoria's rule from the many 'lesser' rulers who nominally controlled parts of British India. More importantly, the 'Imperial Assemblage' in Delhi marked the end of the transfer of political rule from the British East India Company to the Crown, a process that had started in the aftermath of the Indian Mutiny (1857-1859).

Heralds, originally messengers in medieval times, were tasked with reading proclamations during occasions of state. They would wear a short coat known as a tabard that was emblazoned with the royal coat of arms.