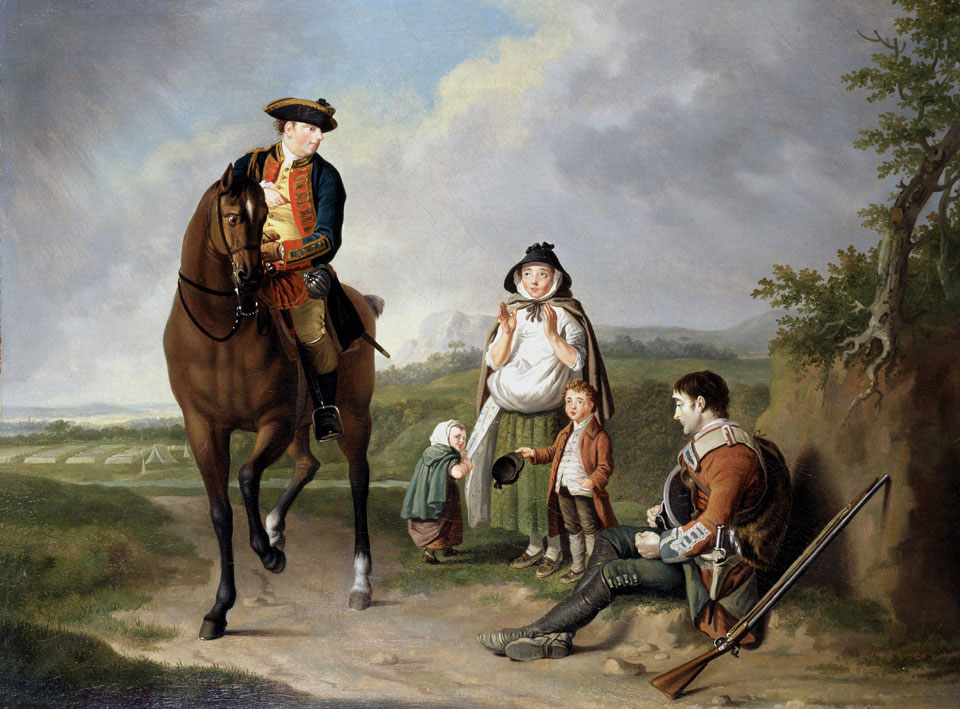 The Marquess reins in his horse to give alms to a sick soldier sitting at the roadside, his wife and two children beside him.

The Marquess of Granby (1721-1770) commanded a brigade of cavalry, and later the entire British forces in Germany during the Seven Years War (1756-1763). Always a fearless battlefield commander, the cavalry charge which he led against the French at the Battle of Warburg on 31 July 1760 caused his hat and wig to blow off, giving rise to the expression 'to go at (something) bald-headed'.

He returned home to a hero's welcome and in 1766 he became the Commander in Chief of the Army. His popularity was founded upon not only his great bravery, but also his well-known generosity and concern for the welfare of his men. A hard drinker himself, Granby was even reputed to have assisted some soldiers in setting up as publicans upon their discharge from the Army. To this day, a large number of public houses are named after him.