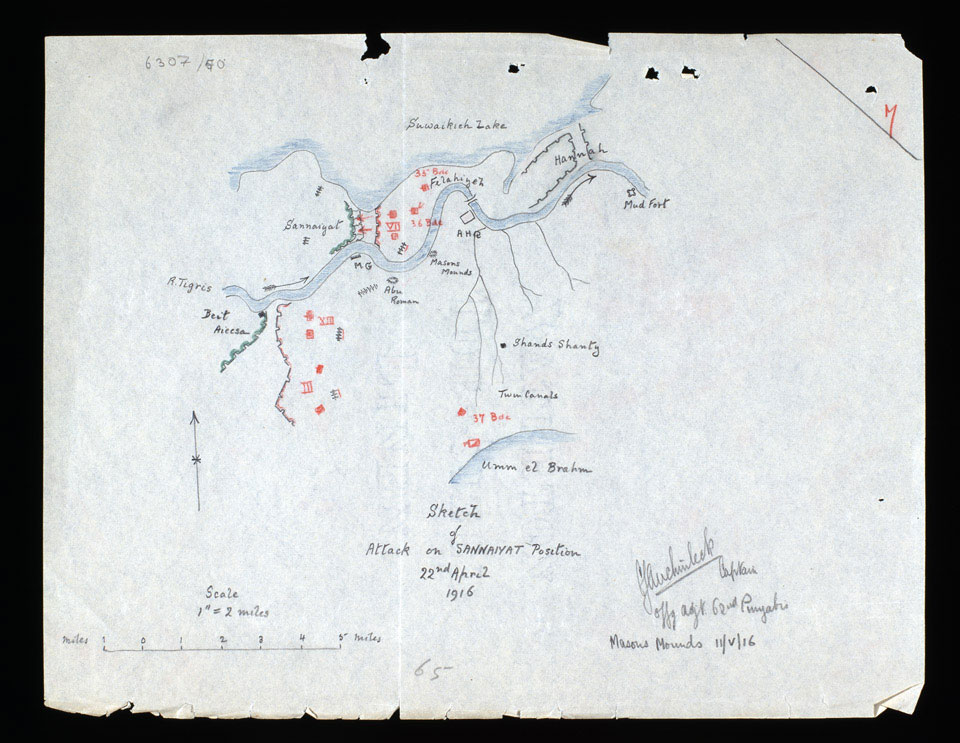 Sketch of attack on the Sannaiyat Position, Mesopotamia, 22 April 1916

British attempts to capture Baghdad were frustrated by the Turkish Army's dogged resistance, as a result of which Major General CVF Townshend and his troops, many of them Indian, were obliged to fall back to Kut-al-Amara, where they were besieged by the Turks. Three attempts were made during April 1916 to break through the Turkish position at Sannaiyat in order to relieve them. After the last attack (on 22 April) failed, Townshend was obliged to surrender on 29 April.