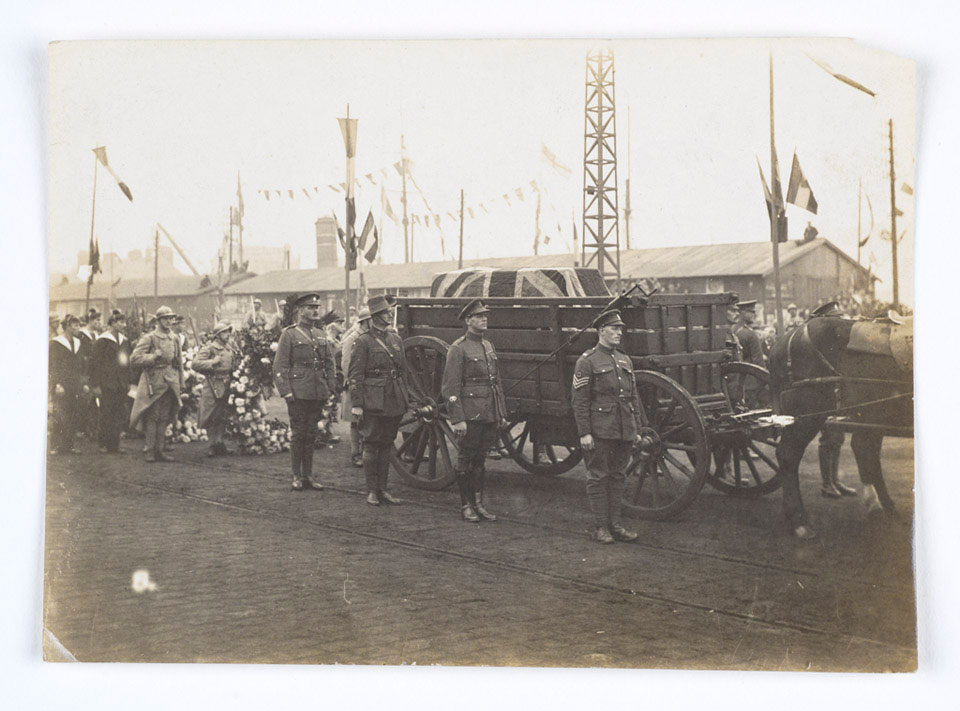 The coffin of the 'Unknown Warrior', draped with a Union flag, awaiting embarkation on to the Royal Navy destroyer HMS Verdun, Boulogne, 10 November 1920

British and French soldiers and sailors escort the wagon carrying the coffin of the 'Unknown Warrior' on the dockside at Boulogne. The coffin had been guarded by British and French servicemen overnight in the port. After speeches by Marshal Foch and Lieutenant-General Sir George Macdonogh, the coffin of the 'Unknown Warrior' was carried on to the destroyer, which then sailed under escort to Dover.