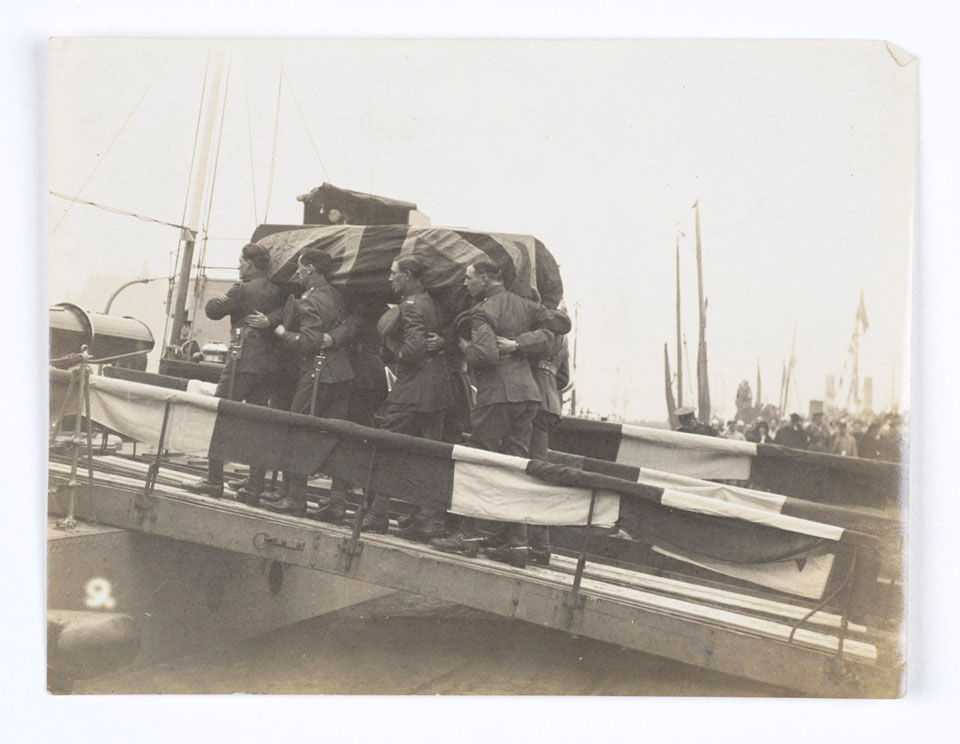 The coffin of the 'Unknown Warrior' being carried on to the Royal Navy destroyer HMS Verdun, Boulogne, 10 November 1920

The coffin had been guarded by British and French servicemen overnight in the port. After speeches by Marshal Foch and Lieutenant-General Sir George Macdonogh, the coffin of the 'Unknown Warrior' was carried on to the destroyer. According to contemporary accounts the funeral party was given the honour of being piped aboard. After accompanying dignitaries boarded and commemorative wreaths were loaded, HMS Verdun sailed under escort to Dover.