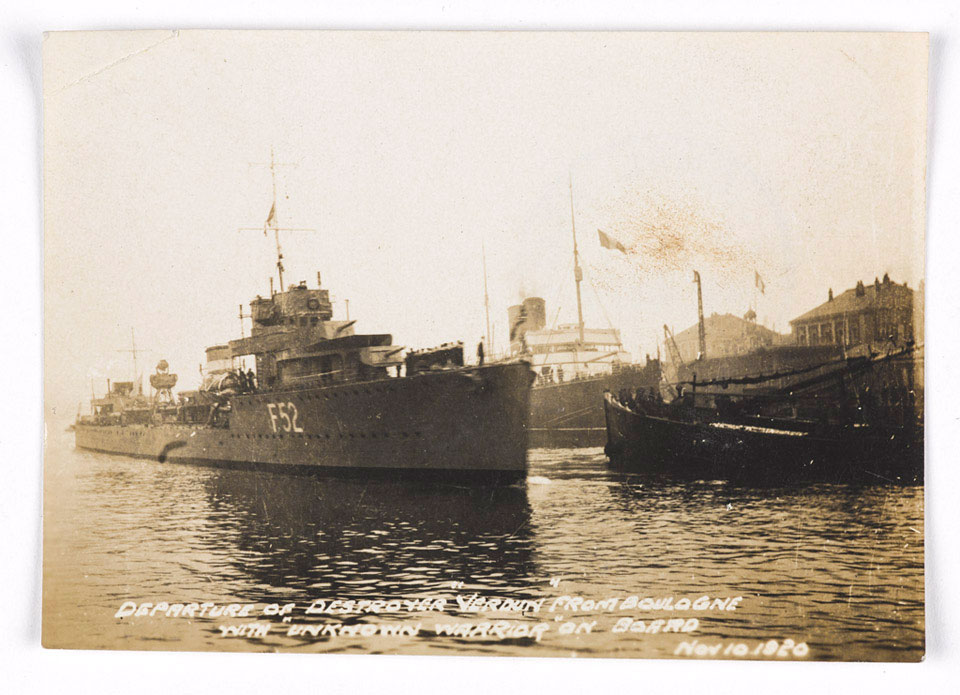 The destroyer HMS Verdun was built by the Hawthorn Leslie shipyard at Hebburn in Tyne and Wear. It was named after the bloody battle on the Western Front fought in 1916. HMS Verdun was launched on 21 August 1917 and completed in November 1917. The destroyer served with the Royal Navy's 13th Destroyer Flotilla. In 1920, the destroyer was given the honour of transporting the coffin of the 'Unknown Warrior' from France to England. On 10 November 1920 the destroyer sailed under escort from Boulogne to Dover.

HMS Verdun saw service in World War Two (1939-1945) as a convoy escort but was scrapped in 1946. The ship's bell was preserved and was presented to Westminster Abbey.