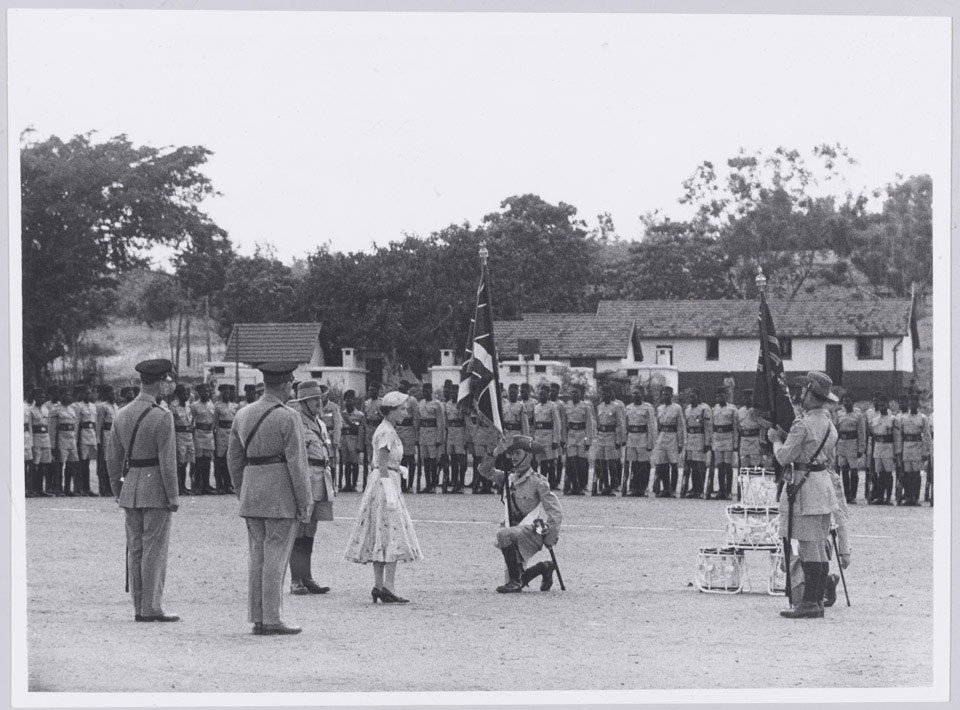 The presentation of Colours by Queen Elizabeth II to 4th Battalion, The King's African Rifles, April 1954

The Regimental and Kings or Queen's Colours carried the battle honours and traditions of a regiment. New Colours were normally presented by the unit's colonel-in-chief. The old Colours were not destroyed, but were laid up in a regimental museum, church or other military building with significance to the unit.

Queen Elizabeth II was the last colonel-in-chief of the King's African Rifles. The regiment was disbanded when the various colonies from which it recruited became independent.