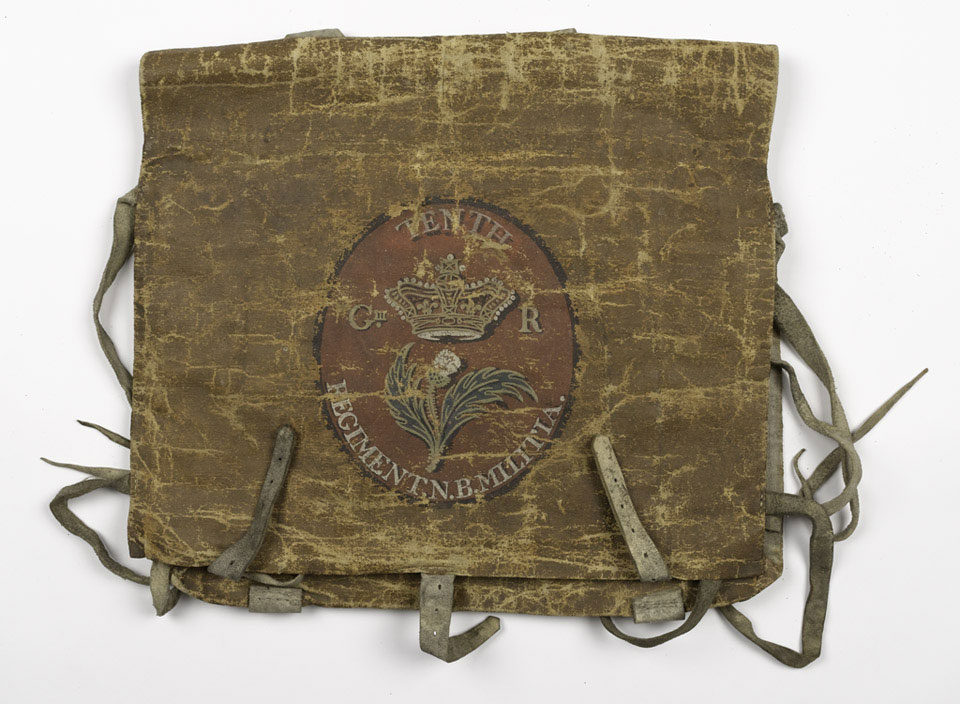 A knapsack was among the 60-odd pounds of equipment carried by soldiers at this time. It was in these sacks, tied with leather straps, that the men carried their kit. This included items such as shirts, spare shoes, stockings, brushes, a button stick, comb, pen, ink, black ball, pipe clay, and tent pegs.

The design of this piece of equipment changed over time. Until the introduction of the famous 'Trotter' black lacquered knapsack, designed by Thomas Trotter of Soho Square in 1805, troops carried a canvas version on their backs, supported by straps (from 1790 to 1805). This canvas type was still worn by militia men who had joined line regiments in the 1815 campaigns.

As in this example, the number of the regiment or volunteer unit to which the wearer belonged was inscribed on the front flap of the knapsack. This one has a badge on a red background including the cypher of King George III, crown and thistles, encircled by the name of the 10th Regiment North British Militia.