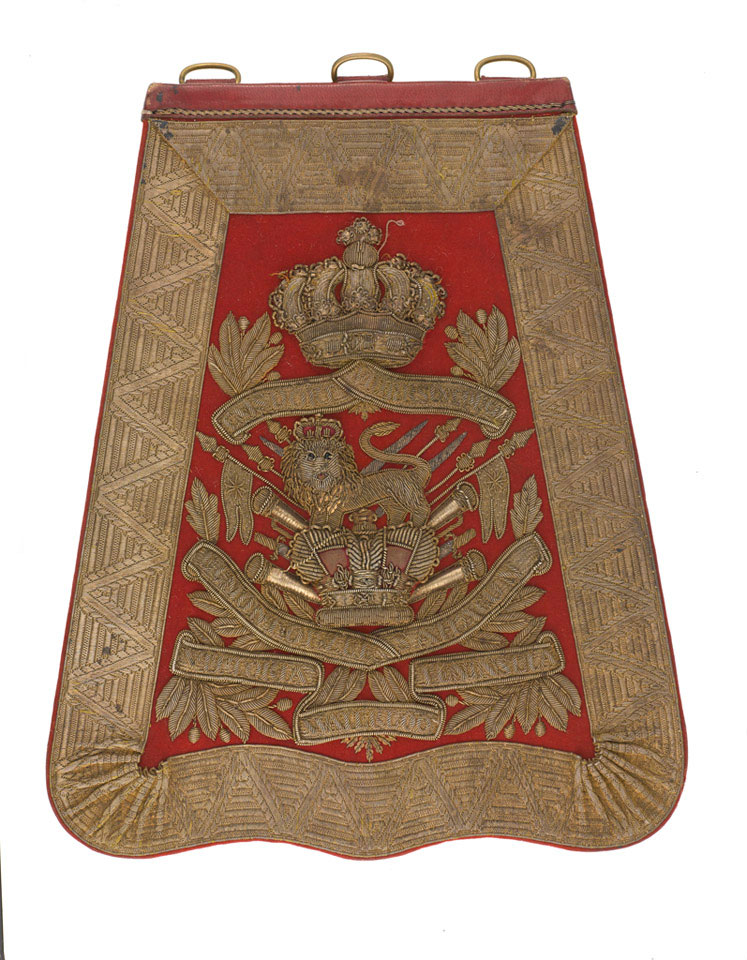 A sabretache is a type of satchel strapped to a cavalry or horse artillery officer's belt. Although originally a container for orders and maps, by the mid-nineteenth century most sabretaches had a purely decorative role.

The 15th was raised as a light dragoon regiment in 1759 and saw service in Europe during the Seven Years War (1756-1763) and the French Revolutionary Wars (1792-1802). After a period of home service the regiment was reconstituted as a hussar regiment in 1807. It served in the Peninsular War (1808-1814) and fought at the Battle of Waterloo in 1815. When stationed back in England the unit was involved in a number of operations to suppress civil unrest, including the notorious 'Peterloo Massacre' in Manchester in 1819.