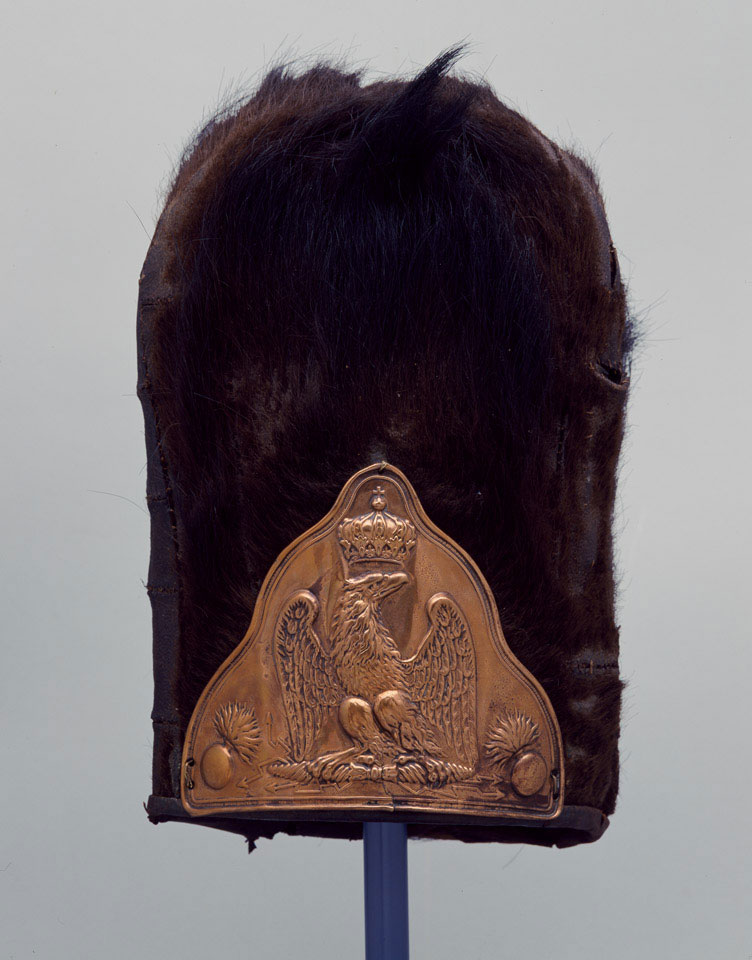 This bearskin belonged to a grenadier of the French Imperial Guard. The latter were the elite troops of Napoleon's Army. Seven battalions of the Guard led the final attack on Wellington's front line at the Battle of Waterloo in 1815, but were driven back in disorder.