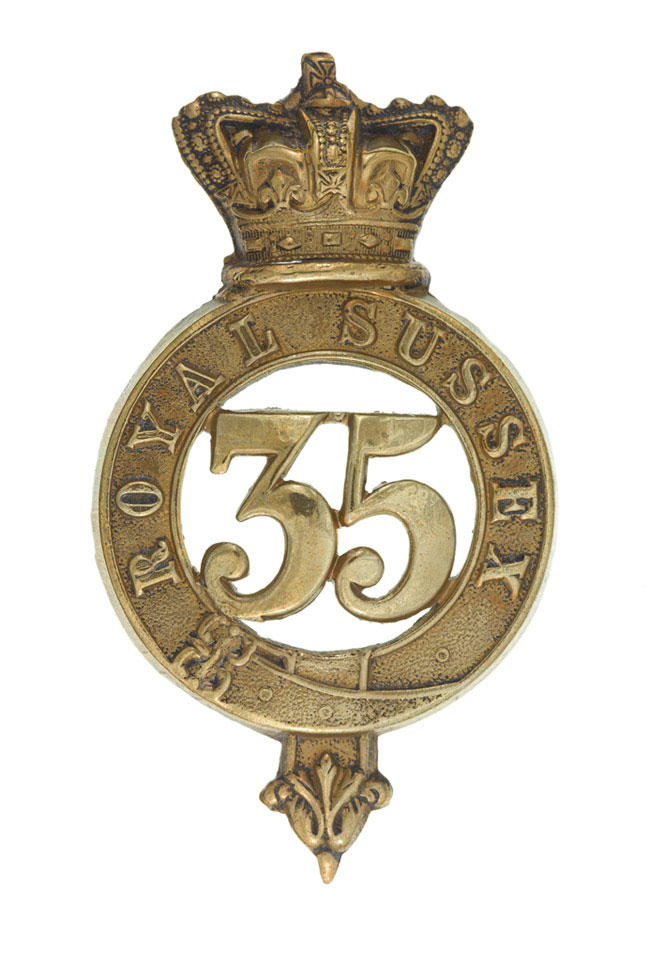 Brass badge with regimental numeral, '35' within a garter bearing the regimental title, 'Royal Sussex', surmounted by a crown.

The 35th (Royal Sussex) Regiment of Foot's was originally raised to fight in the War of the Spanish Succession (1701-1714). As the 35th Regiment of Foot the regiment saw action in North America during the Seven Years War (1756-1763) and the American War of Independence (1775-1783). Affiliated to the county of Sussex the regiment received royal status in 1832. This badge dates from the period prior to its merger in 1881 with the 107th Regiment of Foot (Bengal Light Infantry), to form the Royal Sussex Regiment.