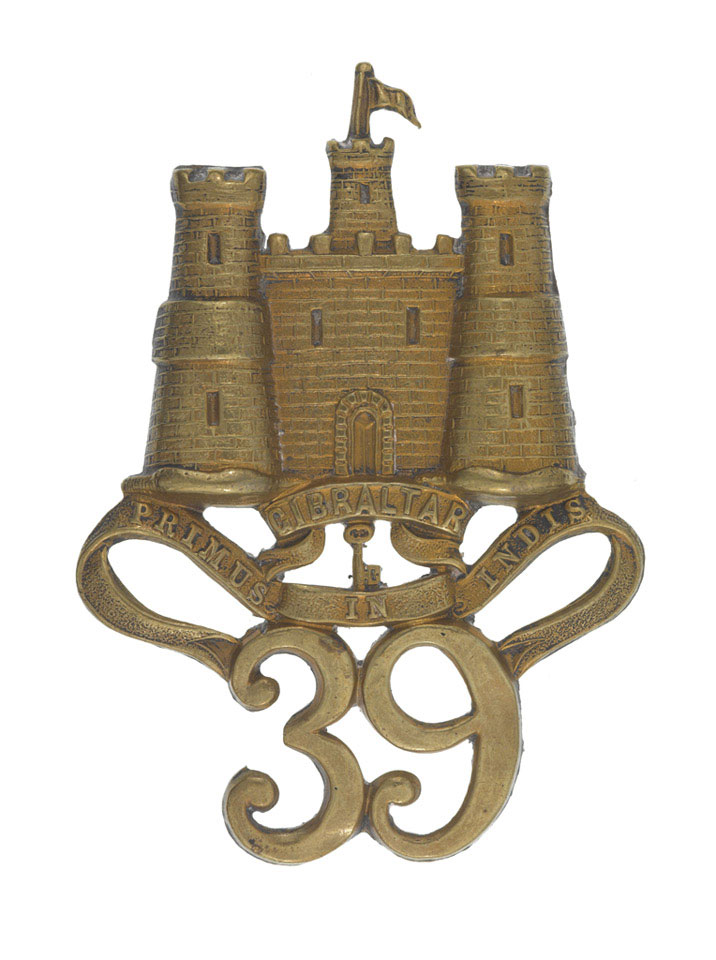 The badge of this regiment depicts the castle and keys of Gibraltar over a title ribbon bearing the latter name. The 39th was awarded this honour following its role during the Great Siege (1779-1783). The motto 'Primus in Indis' (First in India) can be seen below. In 1754 the 39th became the first British Army unit to be deployed to India.