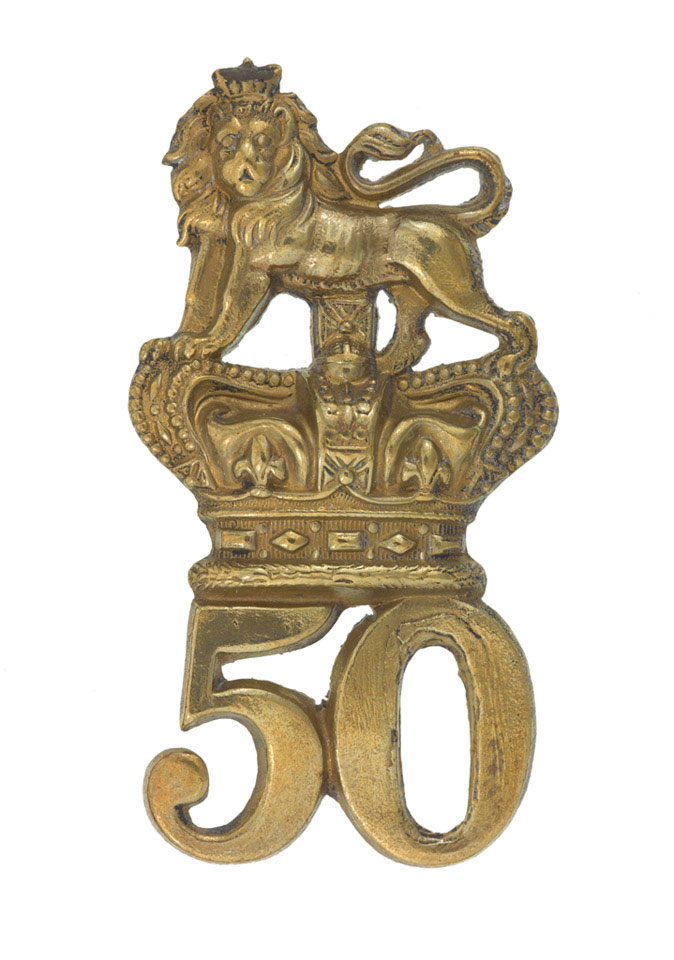 The 52nd Regiment of Foot was raised in 1755 and was renumbered the 50th in 1756. It saw service in the Seven Years War (1756-1763) and during the American War of Independence (1756-1783) its men served as marines with the Royal Navy. In 1782 the regiment adopted a county designation, becoming the 50th (West Kent) Regiment of Foot. During the French Revolutionary Wars and the subsequent campaigns against Napoleon Bonaparte the regiment saw action in Corsica, Egypt, Portugal and the Netherlands.

The regiment became the 50th (Queen's Own) Regiment of Foot in honour of Queen Adelade, the wife of King William IV, in 1831. The regiment served in India in the 1840s, participating in the Gwalior Campaign of 1843 and the 1st Sikh War (1845-1846) with battle honours for Moodkee, Ferozeshah, Aliwal and Sobroan. Further battle honours were won during the Crimean War (1854-1856) and the regiments last overseas service was in New Zealand and Australia from 1863 to 1869.

In the 1881 army reforms the 50th and 97th Regiments of Foot merged to form the Queen's Own (Royal West Kent Regiment).