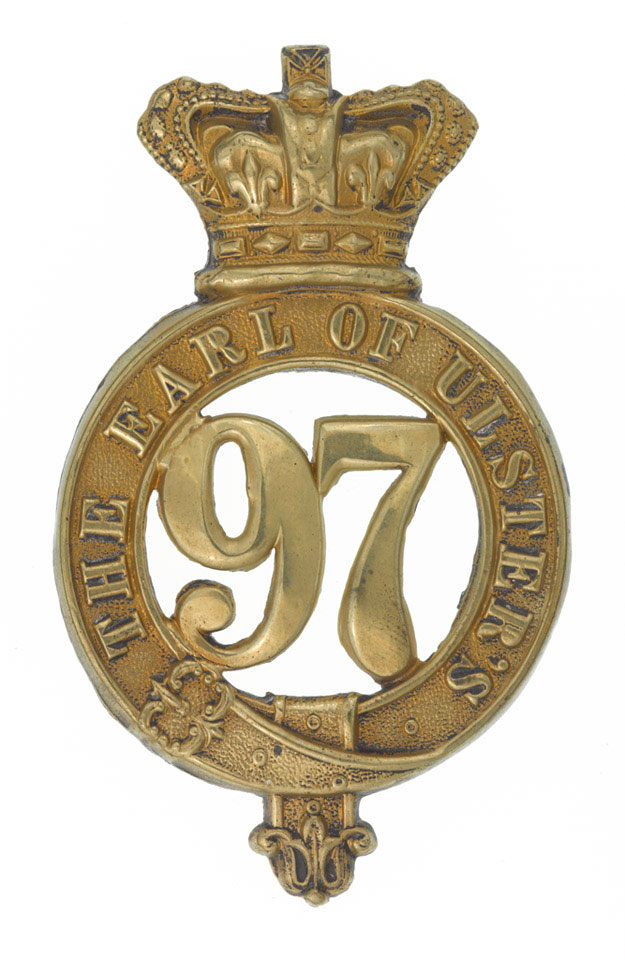 The 97th raised at Winchester in 1824 by Major-General Sir James Lyon and named after Prince Frederick, the Army's commander-in-chief and King George IV's younger brother. Better known as the Duke of York and Albany, Frederick held the Earldom of Ulster in the Peerage of Ireland.

The unit continued in existence until 1881 when it amalgamated with the 50th (The Queen's Own) Regiment of Foot to form The Queen's Own (Royal West Kent Regiment).