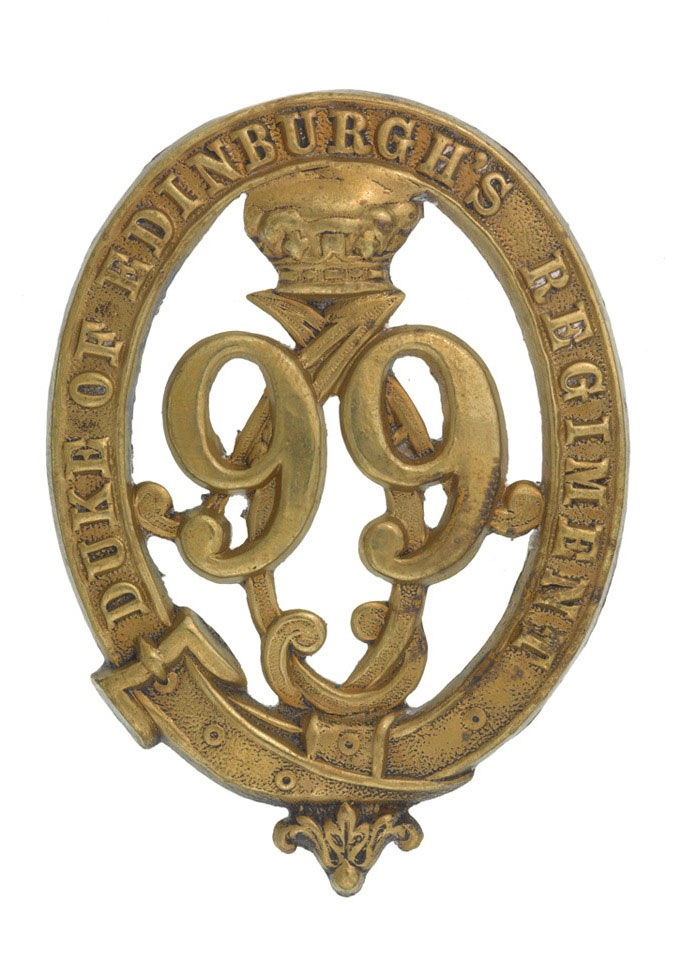 Brass badge with the Regiment's number, surmounted by a crown, within a garter bearing the unit's title.