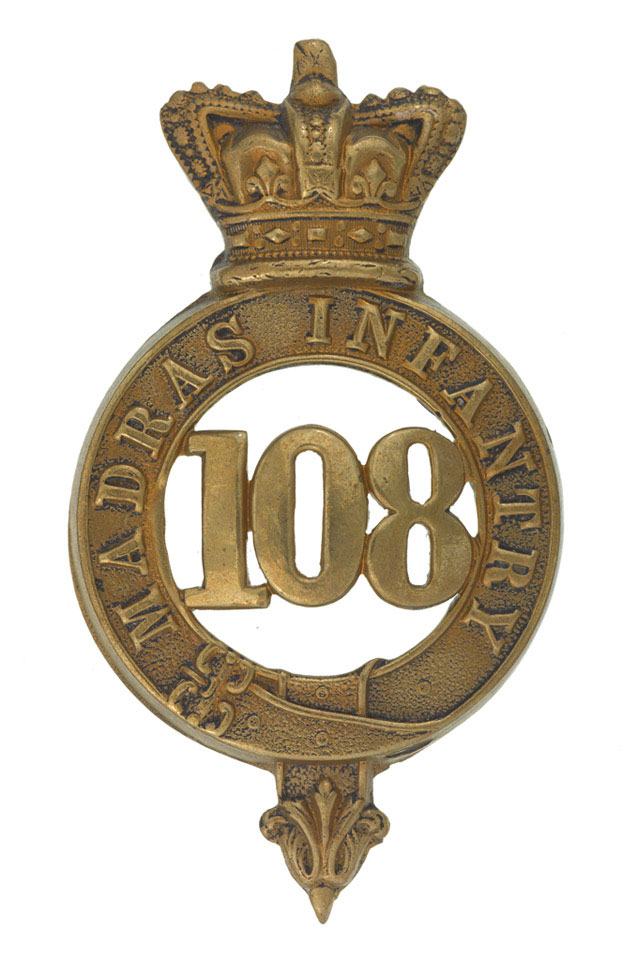 This regiment was originally raised as the 3rd Madras European Regiment by the Honourable East India Company in 1766. After the Indian Mutiny of 1857 the regiment was renumbered as the 108th Regiment of Foot (Madras Infantry) and, in 1862, became part of the British Army.

In 1881, as part of major British Army reforms the 108th was amalgamated with the 27th (Inniskilling) Regiment of Foot, to form the Royal Inniskilling Fusiliers.