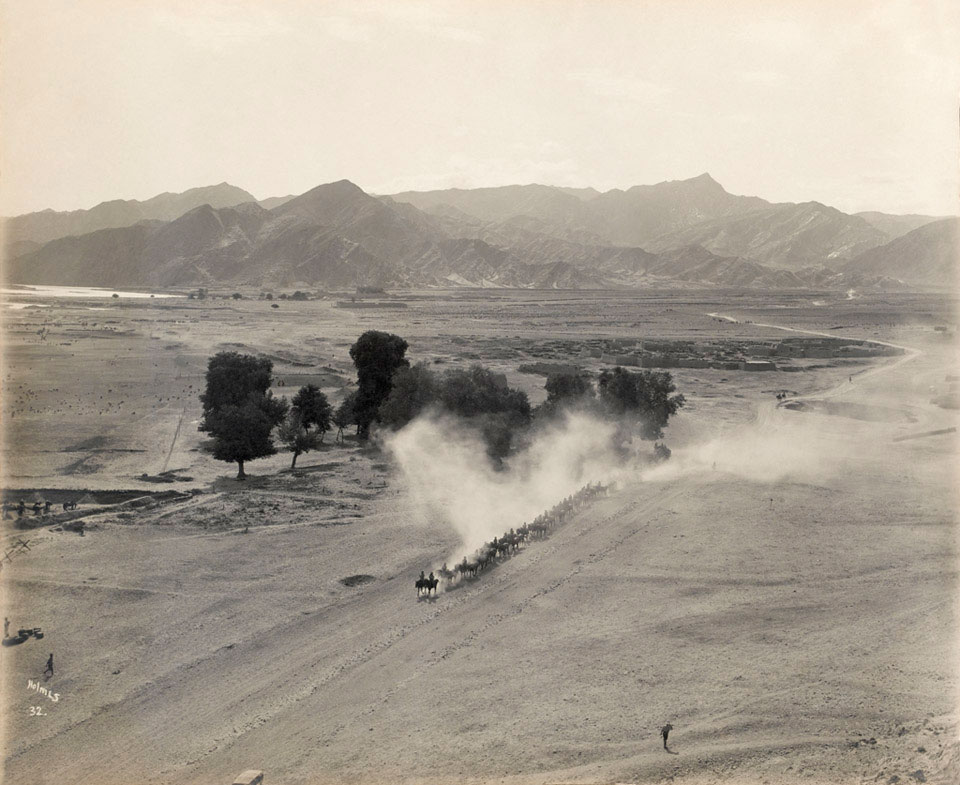 On 11 May 1919, the 1st King's Dragoon Guards were part of a British-Indian cavalry force ordered to march from Peshawar to Jamrud Fort on the frontier. Two days later they moved on to Landi Khana and then to Dakka, a village in Afghan territory to the west of the Khyber Pass. Reinforced by infantry and mountain artillery, they occupied Dakka after the Afghans retreated following sustained attacks by the Royal Air Force. The British established a camp at Dakka, but it was poorly sited for defence and as a consequence they came under artillery barrage and then an infantry assault. This Afghan attack was defeated and the British launched a counter-attack the following day. However, they were unable to consolidate their position and it was not until 17 May that the heights around Dakka were finally secured and the Afghans forced to withdraw.