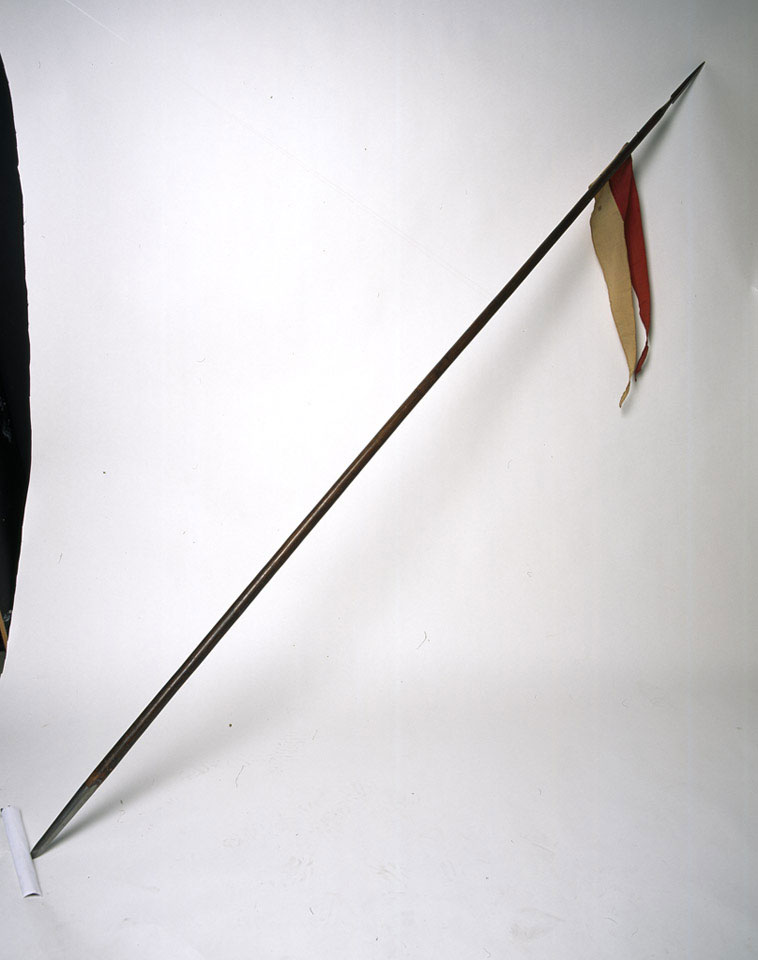 At the time of the Crimean War (1854-1856) British lancer regiments used the nine-feet-long (2.74 m) Pattern 1846 Lance. This type of lance would have been carried by the 17th Regiment of Light Dragoons (Lancers) during the Charge of the Light Brigade at the Battle of Balaklava on 25 October 1854. They were the only British lancer regiment involved in the battle.

The lance is fitted with a red and white pennon, just below the spearhead. The use of these pennons was originally intended to disconcert the horses of opposing cavalry in close combat, but they eventually became a decorative parade item, normally removed or wrapped in a canvas cover on active service.