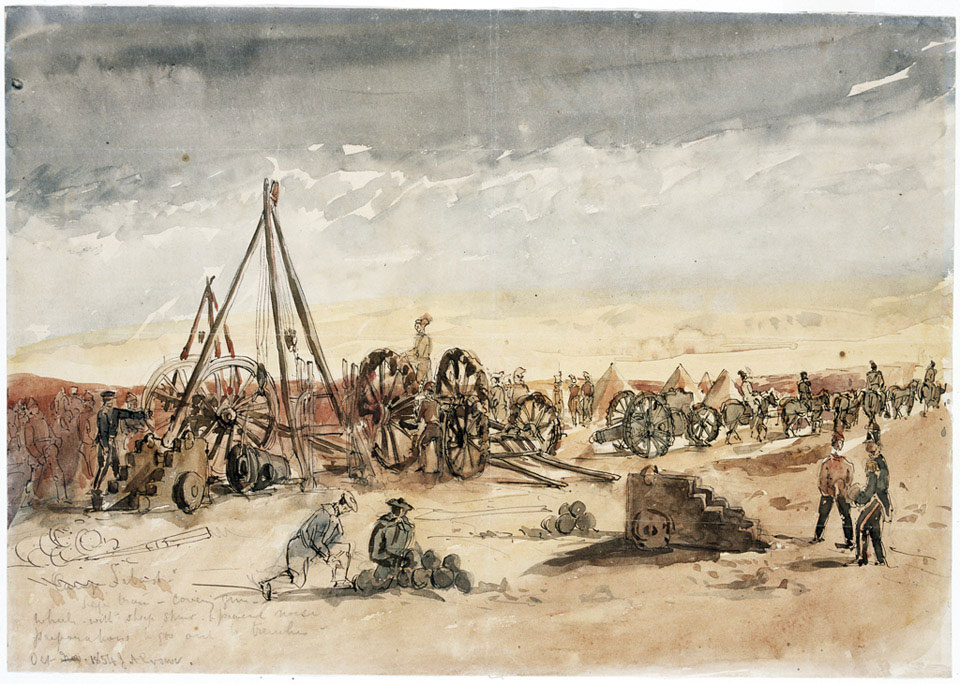 Once the Allies had decided to subject Sevastopol to bombardment before commencing their assault, the siege train had to be unshipped and transported (in the case of the British) from Balaklava, a distance of twelve kilometres. The British landed 73 heavy guns, many of them naval pieces which had to be conveyed on spare travelling carriages (with larger wheels). In this scene the artist shows a trenching party preparing for a night's work: the wheels of the covering guns are covered with sheepskins to prevent creaking and avoid the Russians being guided to where the trenching-party was to begin digging.

The original for a print entitled 'Siege of Sebastopol - preparing a train for the trenches', published in 'The Illustrated London News', 4 November 1854.