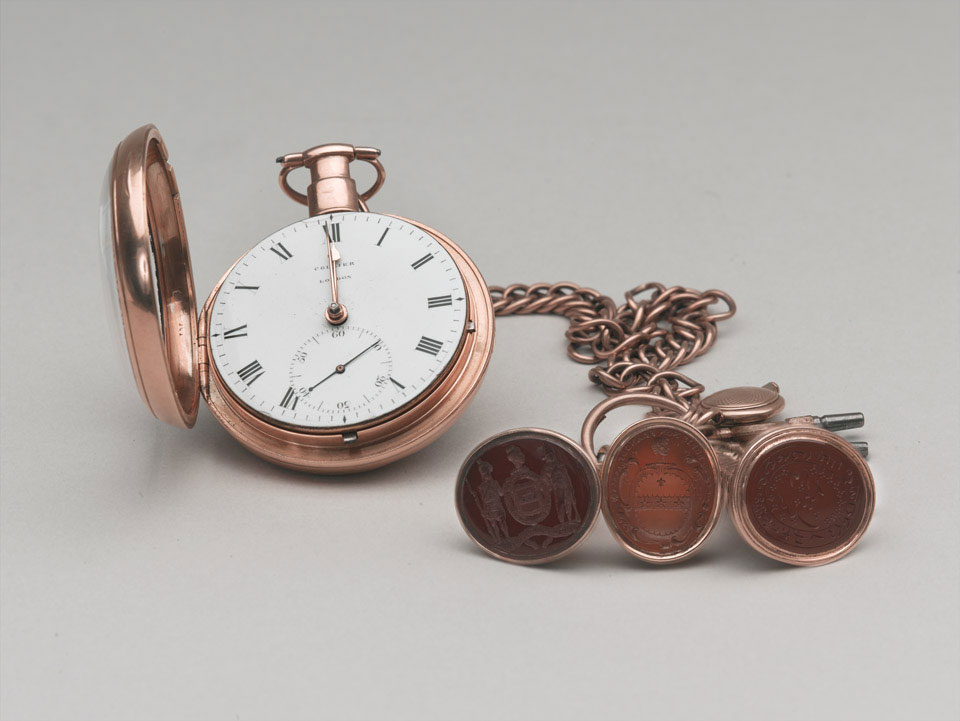 Watch taken from the body of General Sir John Moore after his death at Corunna, 16 January 1809

Moore took command of the British forces in the Iberian peninsula following the recall of Sir Arthur Wellesley, who faced an inquiry over the Convention of Sintra (the repatriation of the French army following the Battle of Vimeiro). When Napoleon arrived in Spain with 200,000 men, Moore drew the French northwards while retreating to his embarkation port at Corunna on the Bay of Biscay. There he fought a skillful rearguard battle on 16 January 1809 that kept the French from attacking his embarking army.

Moore was mortally wounded by cannon shot during the engagement, but lived long enough to learn that he had been victorious. His last words were 'I hope the people of England will be satisfied! I hope my country will do me justice!' He was buried in the ramparts of the town and his French counterpart, Marshal Soult, was so impressed by Moore that he ordered a monument erected to his fallen foe as a sign of respect.