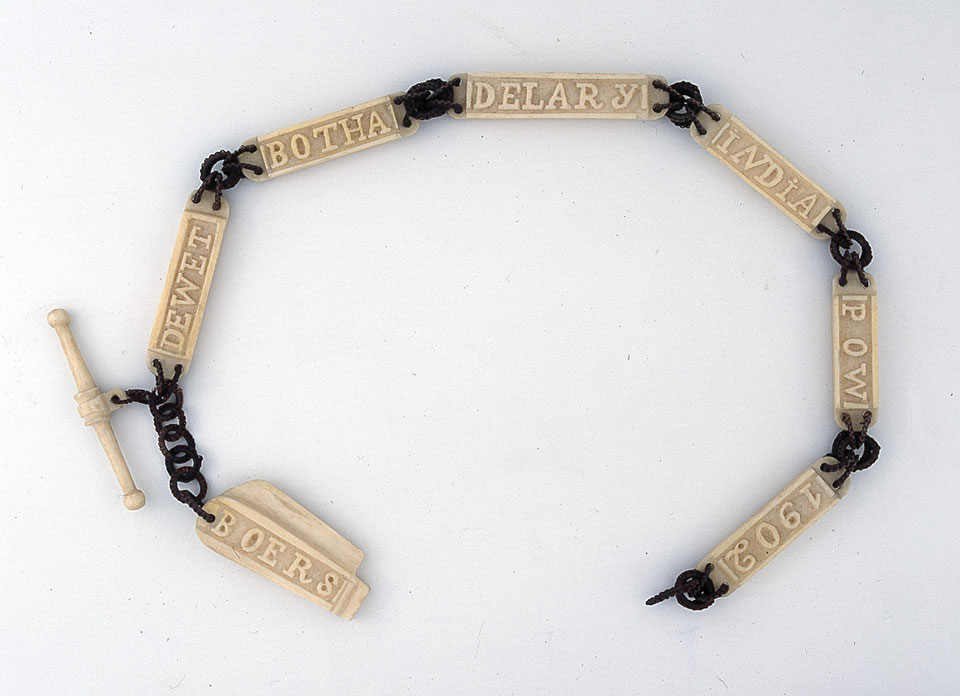 Watch chain made of bone and horse hair by a Boer prisoner of war, 1902 (c)

Seven carved bone links with a suspended buttonhole crossbar, the terminal link being carved as a penknife. The links are inscribed 'BOERS', 'DEWET', 'BOTHA', 'DELARY', 'INDIA', 'POW' and '1902'.

A camp for 821 Boer prisoners of war was in operation at Bellary, in Madras Command, between May 1901 and August 1902. The men were accommodated in barracks, and tents with thatched roofs, surrounded by barbed wire entanglements. During the 15 months of the camp's life three prisoners broke parole and were subsequently recaptured, and another was shot one night trying to escape from the hospital. Although conditions within the camp were described as generally good, the health of the prisoners was indifferent, despite having the use of a 50 bed hospital at the station: during 1902 smallpox accounted for two deaths and the hospitalization of six men.