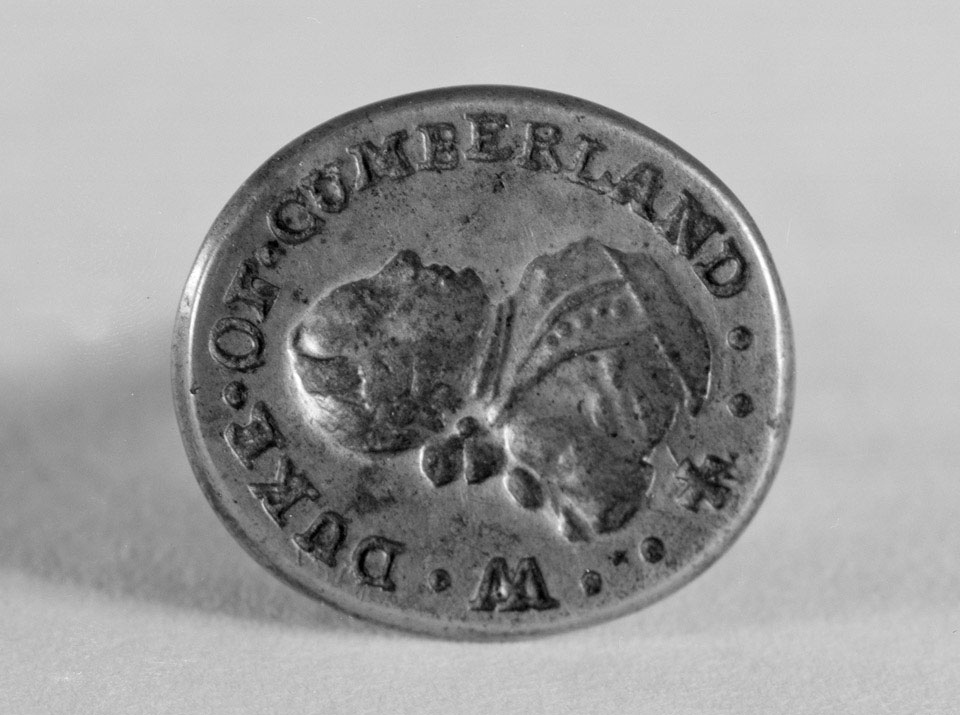 Seal of the Duke of Cumberland found at Fontenoy, 1745 (c)

The Battle of Fontenoy on 11 May 1745 was a French victory during the War of the Austrian Succession (1742-1748). Whilst the Duke of Cumberland's attack on the superior positions of the French army showed little tactical skill and his Anglo-Hanoverian forces had to retreat, he showed great personal courage during the fight.

During the struggle he lost his brass seal, which was later found by Sergeant Dunesme of the Gardes Francaises, a regiment that had been heavily engaged against the British infantry. Although Fontenoy had demonstrated the fighting qualities of the British infantry, it was none the less a defeat that resulted in the Austrian Netherlands being overrun by the French.