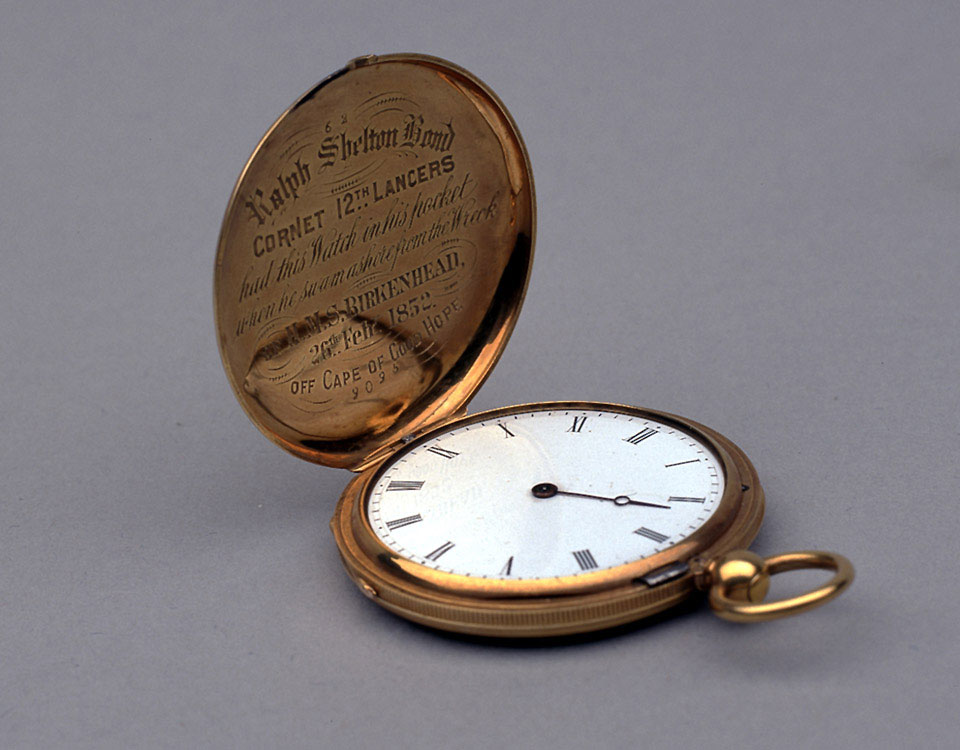 Bond was one of five out of eleven Army officers to survive the wreck of the 'Birkenhead'. He carried the watch with him when swimming nearly three miles (five km) to the shore.

On the night of 26 February 1852 the paddle-wheeled troopship 'Birkenhead' was carrying drafts for several regiments engaged in the 8th Cape Frontier War (1850-1853), as well as twenty women and children dependants, when it struck a rock in Simon's Bay, near Cape Town. The troops were mustered on deck and calm order was maintained as the lifeboats were lowered, but there were not nearly enough. As the last boat pulled away the remaining troops stood quietly in ranks with their officers until the ship broke up and sank. Of the 638 passengers and crew, 445 were drowned; all the women and children were saved.