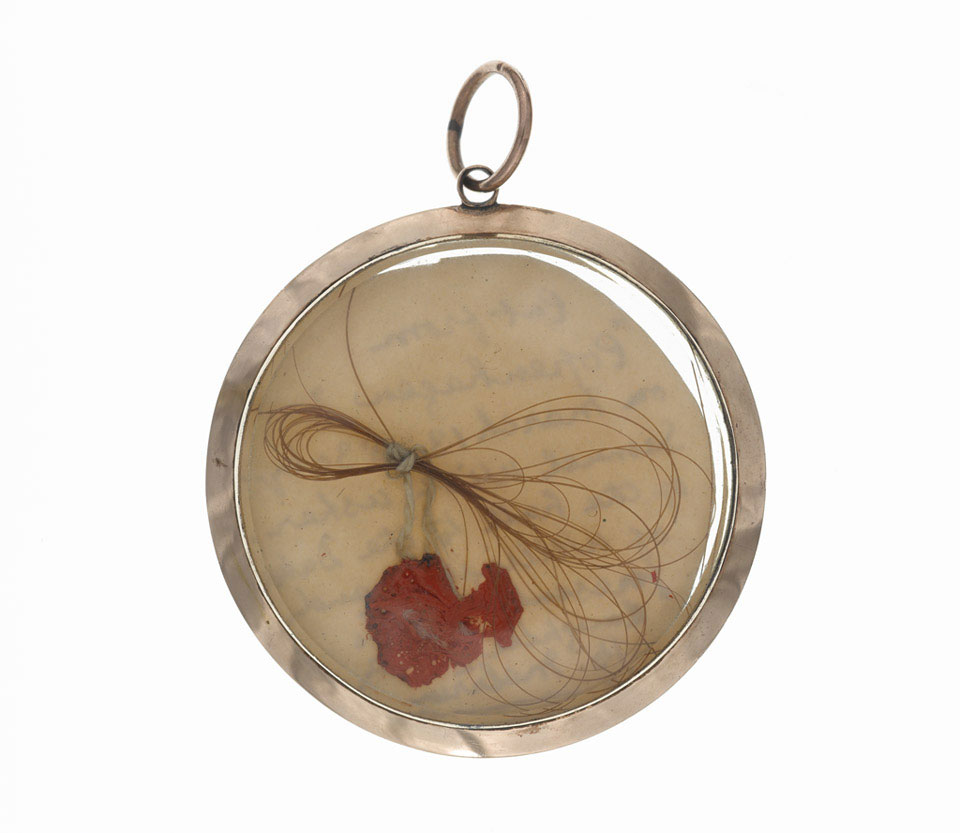 Hair from Copenhagen in a crystal case, 1830

This gold case contains a swatch of hair from Wellington's famous warhorse, Copenhagen. A hand-written note under the reverse crystal cover states that it was cut from Copenhagen on 13 March 1830 by Samuel Wise, an usher to the Duke of Wellington who passed it on to his daughter.

Copenhagen was born in 1808, and named after a successful British battle. He was bred from thoroughbred and Arabian stock and raced before joining Wellington's campaign stable in Spain in 1813. The chestnut stallion was bad-tempered and had an odd habit of eating his food lying down. But as Wellington wrote, 'There may have been many faster horses, no doubt many handsomer, but for bottom and endurance I never saw his fellow.'

As Wellington's sole mount, Copenhagen did strenuous work at the battles of Quatre Bras and Waterloo, earning his long retirement at Stratfield Saye where he acquired a sweet tooth and a sweeter nature.

Copenhagen's relics were greatly prized by souvenir hunters. Many snippets of hair (with or without Wellington's permission) were fashioned into bracelets. A hoof went missing before he was buried with full military honours in 1836. Years later it was restored to the second Duke who made it into an inkstand. This Duke raised a headstone over the grave to honour the charger who had carried Wellington for the entire day at the Battle of Waterloo.