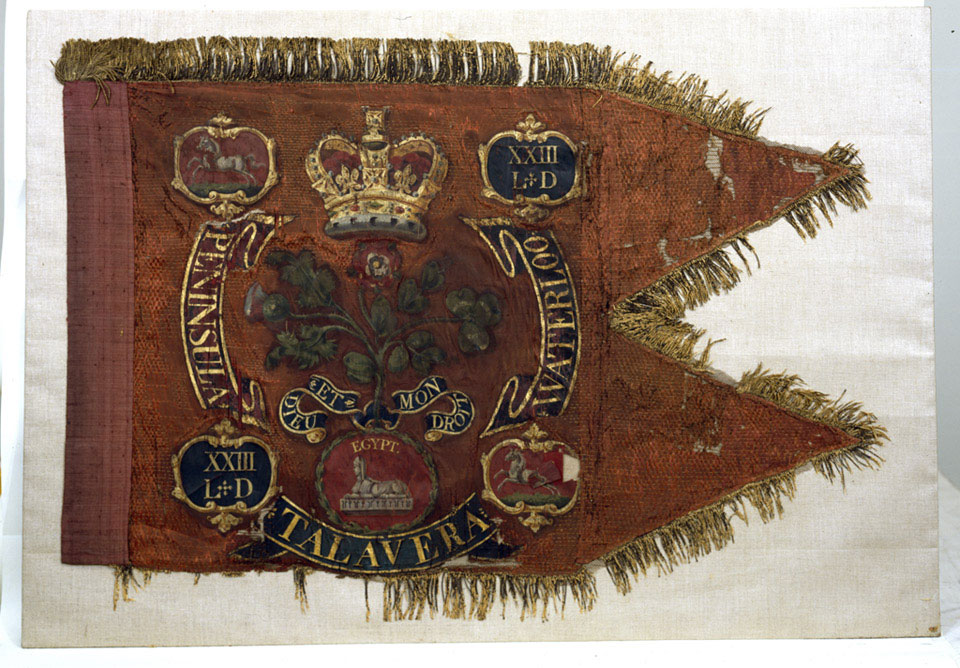 With a painted design and inscribed with battle honours, 'Peninsula', 'Talavera', 'Waterloo' and 'Egypt'.

A guidon was the light cavalry equivalent of an infantry colour. This guidon is thought to have been carried by the 23rd Light Dragoons at the Battle of Talavera in July 1809. The 23rd charged the French but failed to see a ditch into which many men and horses plunged. The regiment sustained heavy losses and returned to England shortly afterwards. This was probably the last time a cavalry guidon was carried into battle by a British unit.

The guidon was manufactured between 1803 and 1808 and the battle honours were probably added in late 1815 or early 1816. That year the regiment ceased to carry guidons as it was converted to lancers.