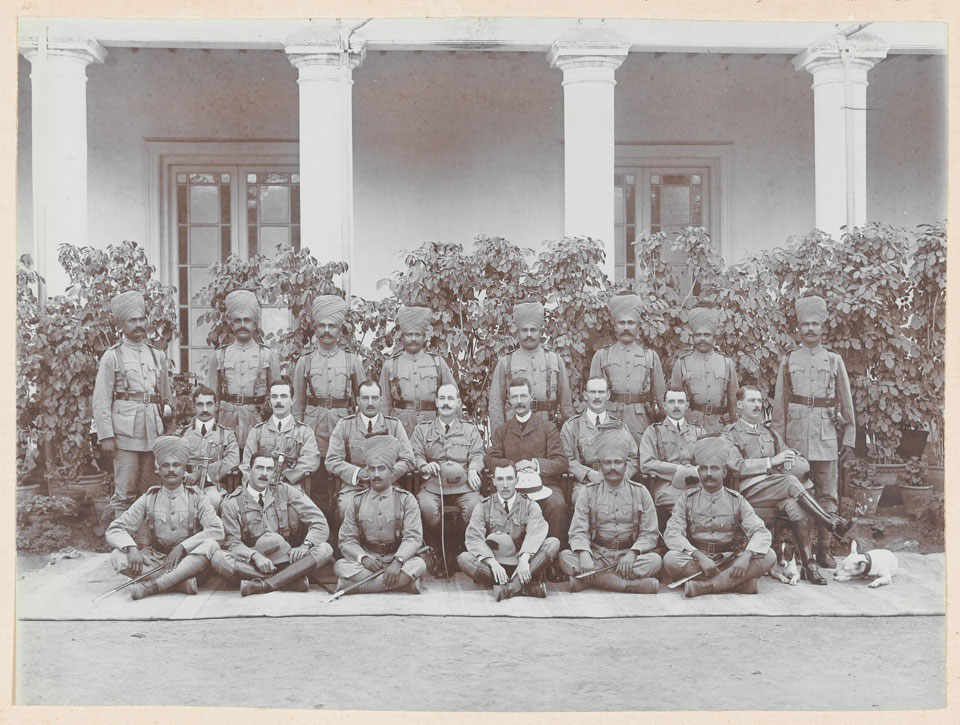 Officers of the 1st Brahmans, February 1913

During World War One the 1st Brahmans joined 1st (Peshawar) Infantry Brigade of 1st Division in November 1914 and mobilised for action on the North West Frontier. In July 1915 the regiment was posted to Chitral and later served at Aden. In 1922 the regiment became the 4th Battalion of the newly raised 1st Punjab Regiment.

Among the officers depicted are Bale (or Bhole) Tewari, the regiment's top hockey player, and Ramsudh Tewari, who was awarded the French Medaille d'Honneur avec Glaves after the War. Also depicted is Subadar-Major Bissesar Tewari, Surdar Bahadur, the senior Indian officer of the regiment from 1909 to 1914. Nearly 30 years earlier as a sepoy (private) in 1886, he was awarded the Indian Order of Merit (IOM), 2nd Class for his bravery in the 3rd Burma War (1885): 'in charging the enemy's position, when suffering from a severe wound in the neck, and remaining in action during the whole day.'