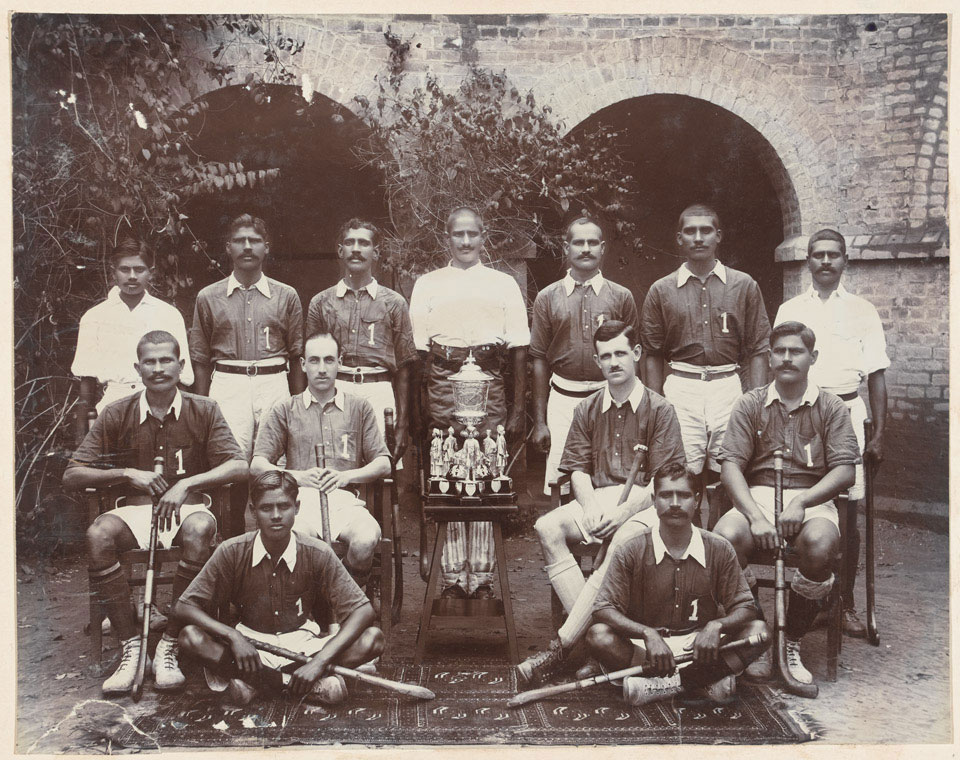 The 4th Battalion, 1st Punjab Regiment (previously the 1st Brahmans) must have had an excellent hockey team. In the front row of the 1923-1924 team sits a real sporting hero: Dhyan Chand.

Chand was born on 29 August 1905 and joined the regiment in 1922. He was soon picked to play hockey for India and became famous in their tour of New Zealand in 1926. After winning Olympic gold medals in 1928 and 1932, Chand was the captain of the hockey team at the Berlin Olympics in 1936. In the final, India beat Germany 8-1, with Chand scoring six of the goals. All this time he was still in the Indian Army, until he retired in 1956. Today, India's national sports day is held on 29 August in honour of this incredible hockey star.