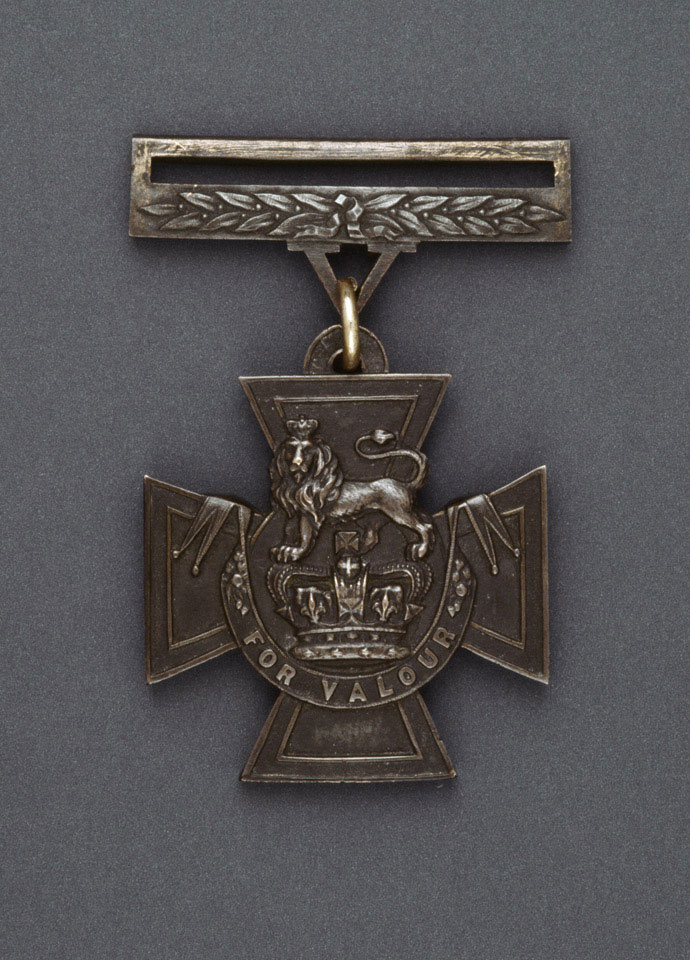 Early casting of a Victoria Cross, 1856

Legend has it that along with the first 111 crosses awarded, this example was cast from the bronze of Russian guns captured in the Crimea. There is, however, a possibility that the bronze cannon used was Chinese, having been captured during the 1st Opium War (1839-1842) and then stored at the Royal Arsenal, Woolwich. The Queen presented the first VCs to Crimean War (1854-1856) veterans in June 1857 at Hyde Park.