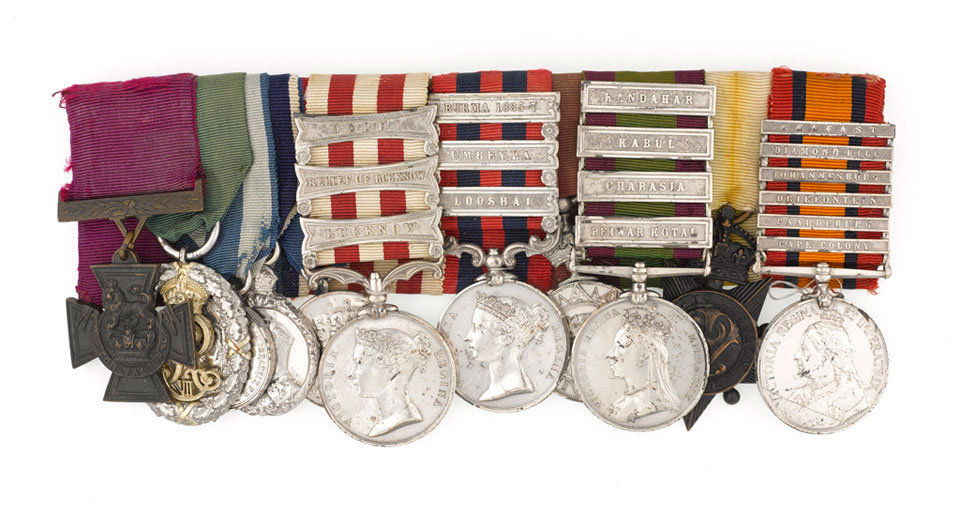 Roberts won the Victoria Cross (VC) during the Indian Mutiny (1857-1859). He was serving as a lieutenant in the Bengal Horse Artillery when:

'On 2 January 1858 at Khudaganj, whilst the fugitives were being rounded up following a successful attack, Lieutenant Roberts saw a sowar of the Punjab Cavalry in danger of being bayoneted by a rebel sepoy. Wheeling his horse quickly, he thrust himself between the two and with his sword swept the sepoy across the face and killed him on the spot. A few minutes later Lieutenant Roberts caught sight of two rebels making off with a standard. Determined that this should be captured, Lieutenant Roberts galloped after them, the one who carried the standard, he cut down, wrenching the standard from his hands. The second sepoy however placed a musket close to Lieutenant Roberts' body and pulled the trigger. Fortunately the percussion cap was defective and the musket misfired, whereupon the sepoy fled and Roberts returned triumphant with the standard'.