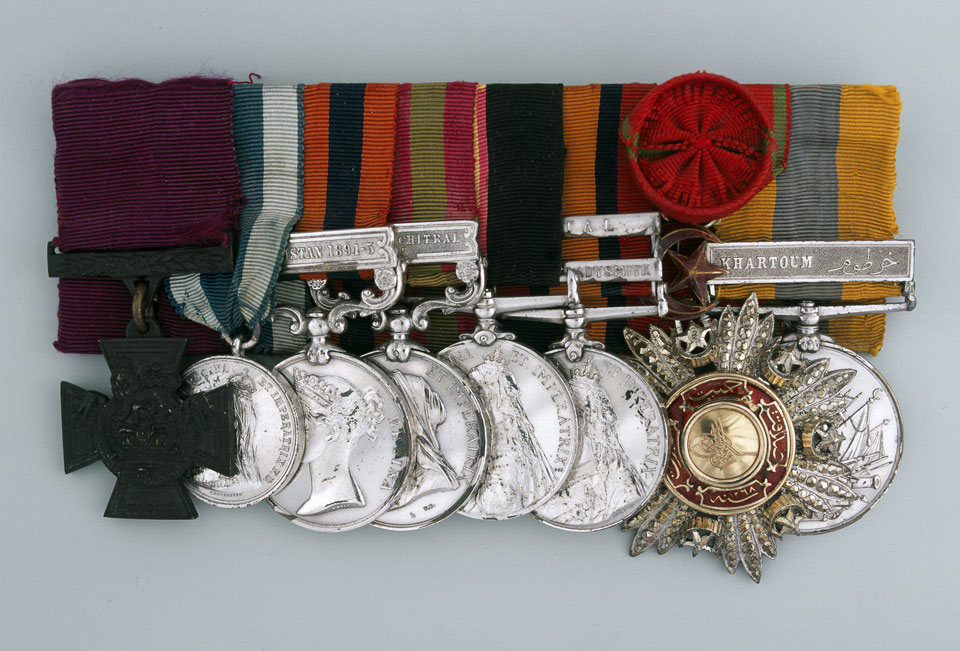 Freddy Roberts (1872-1899), the only son of Field Marshal Lord Roberts, was the first person to be awarded a posthumous Victoria Cross (VC) after an action at Colenso on 15 December 1899.

Alongside several others he tried to save the guns of the 14th and 66th Batteries, Royal Field Artillery, when the detachments serving the guns had all become casualties or been driven from their guns. Some of the horses and drivers were sheltering in a donga about 500 yards behind the guns and the intervening space was swept with shell and rifle fire. Lieutenant Roberts with two other officers, W N Congreve and H N Schofield, helped to hook a team into a limber and then to limber up a gun. While doing so, he fell badly wounded and later died of his injuries.

His gallantry had been observed by General Sir Redvers Buller who recommended Roberts for the VC in a despatch written on 16 December, before Roberts had died from his wounds. He was also awarded Queen Victoria's Diamond Jubilee Medal 1897; Indian General Service Medal 1854-95, with clasp: Waziristan 1894-95; India Medal 1895-1902, with clasp: Relief of Chitral 1895; Queen's Sudan Medal 1896-97; Queen's South Africa Medal 1899-1902, with clasps: Relief of Ladysmith, Natal; Order of the Medjidie, Turkey, 4th Class; Khedive's Sudan Medal 1896-1908, with clasp: Khartoum.