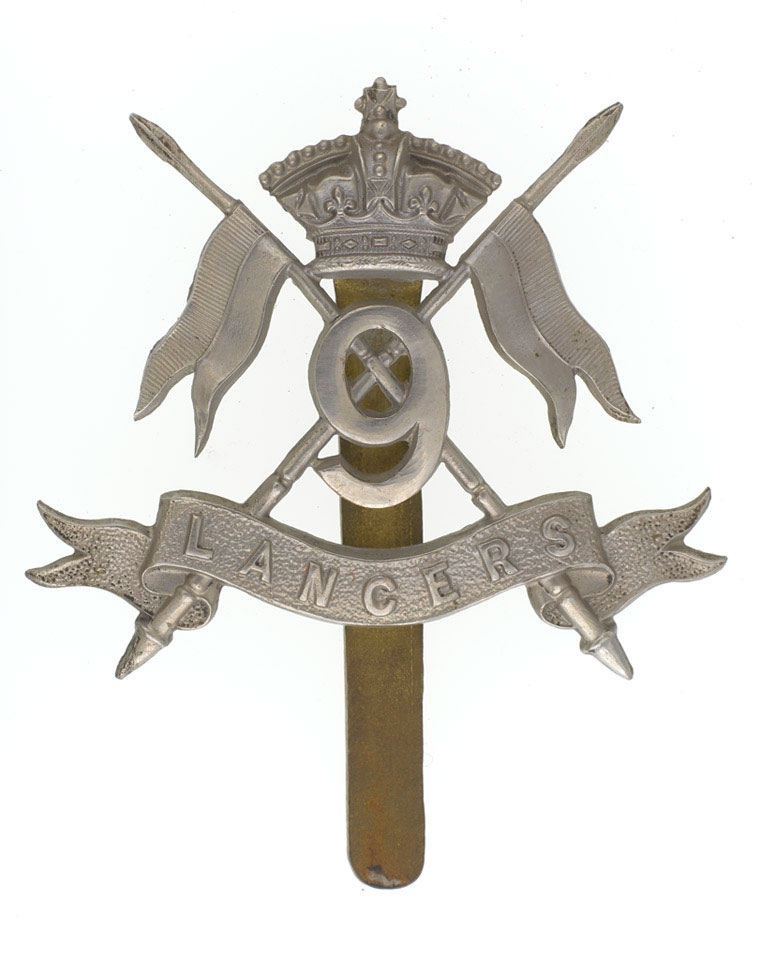 Badge in the form of the regimental number on crossed lances, surmounted by crown, with a scroll bearing the word, 'Lancers'.

The unit was initially raised at Bedford by Owen Wynne to fight in the Jacobite Rebellion of 1715. Initially raised as dragoons or mounted infantry, the unit became light dragoons in 1783 and lancers in 1816. On the accession of William IV in 1830 the unit was given the prefix 'Queen's Royal' after Adelaide, the Queen Consort.

Service in the French Revolutionary and Napoleonic Wars took the regiment to Ireland, South America and Spain. The unit's first Indian posting came in 1843 and the regiment fought in the First and Second Afghan Wars. The Indian Mutiny (1857-1859) saw the regiment taking part in the capture of Delhi and Lucknow, winning twelve Victoria Crosses during the rising.

The regiment began to mechanise in 1936. During World War Two (1939-1945) the regiment's tanks covered the British Army's retreat to Dunkirk in 1940. The regiment then served in North Africa and Italy. The post-war period saw the regiment stationed in Scotland, Germany and England before finally merging with the 12th (Prince of Wales's) Royal Lancers in 1960.