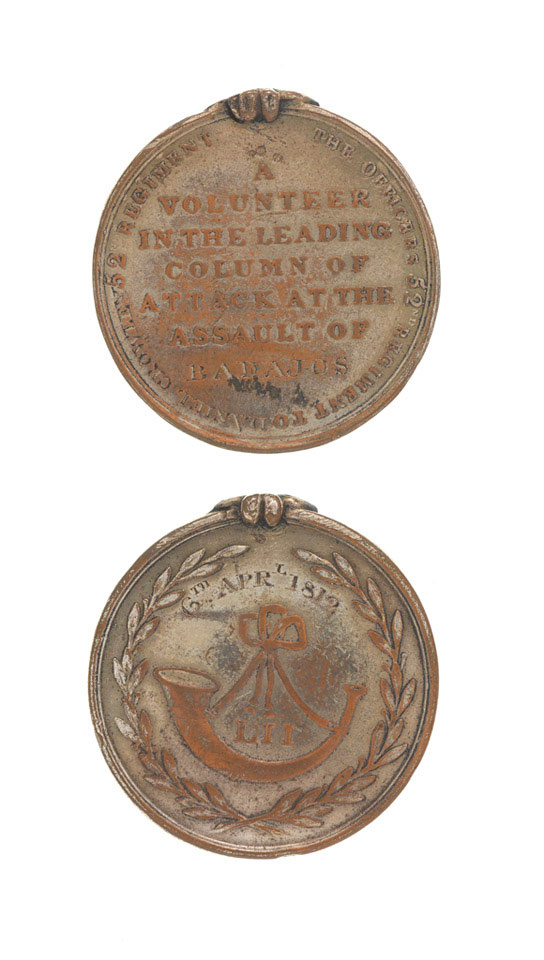 The Forlorn Hope medals were issued to members of the 52nd Foot who participated in the storming of the breaches at the sieges of Badajoz, Cuidad Rodrigo and San Sebastian during the Peninsular War (1804-1814). Participants in these actions would have had increased chances of promotion due to the risk involved in being one of the lead troops. The 52nd Foot are believed to be unique in issuing a medal to commemorate their role in the three actions.