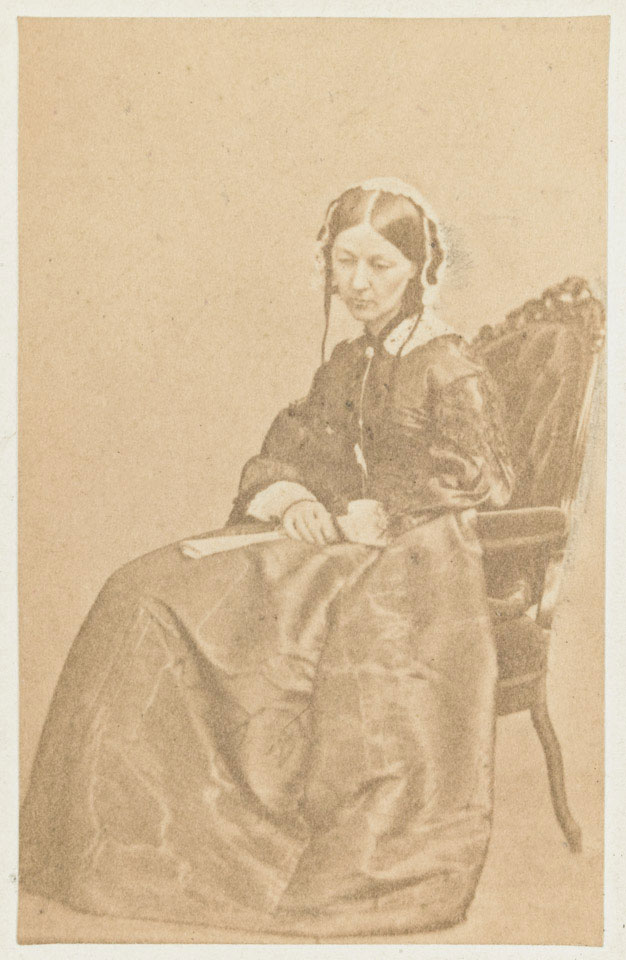 Florence Nightingale was a legend in her own lifetime. Born into a wealthy family, she overcame the narrow opportunities offered to girls of her station and, despite the censure of her family, in 1851 she completed a course of nursing training in Germany. Following reports in The Times of the soldiers' suffering in the Crimean War (1854-1856), Florence answered the appeal for nurses and was appointed 'Superintendent of the Female Nurses in the Hospitals in the East'. The 'Lady-in-Chief', as Florence was called, improved medical and sanitary arrangements, set up food kitchens, washed linen and clothes, wrote home on behalf of the soldiers and introduced reading rooms.

Before Florence Nightingale nursing was not considered a respectable profession. With the exception of nuns, the women who worked as nurses were often ill trained and poorly disciplined. Florence was determined to encourage educated, 'respectable' women into nursing. Her work in the Crimea set the standards for modern nursing and helped transform its public image. Despite putting nursing in the public eye, Florence herself was publicity-shy and appalled at the adulation she received.

Beginning in 1896 Florence was not able to leave her bed and is believed to have had what is now known as Chronic Fatigue Syndrome. Yet despite being bedridden for many years, she still campaigned tirelessly to improve health standards. Florence died on 13 August 1910 aged ninety. The offer of burial in Westminster Abbey was declined by her relatives, and she is buried in the graveyard at St. Margaret Church in East Wellow, near her parent's home.