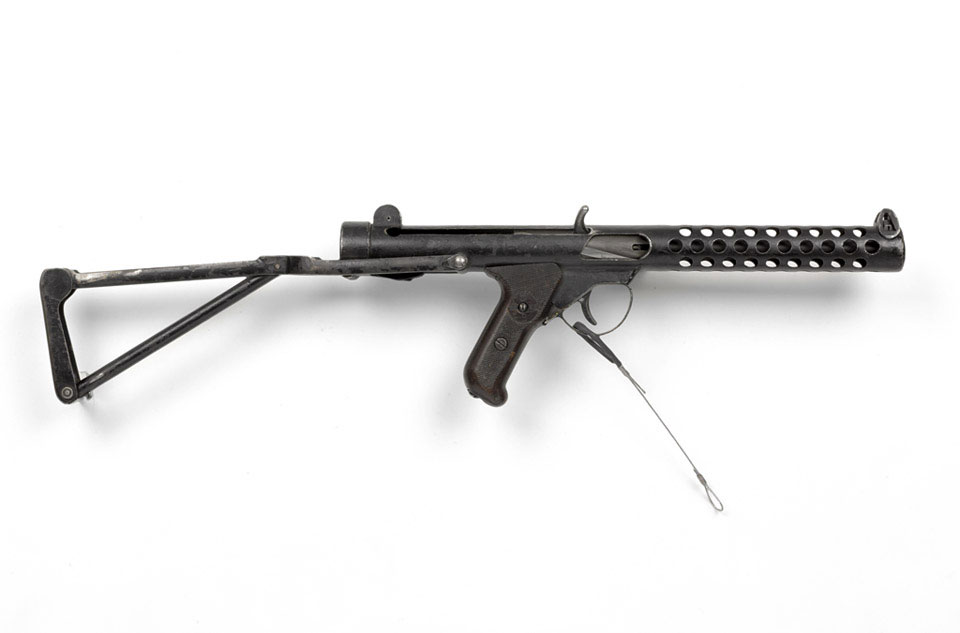 Although developed and made by the Sterling Engineering Co Ltd as early as 1944, the Patchett was not accepted into the British Army until after World War Two (1939-1945) once it had undergone extensive competitive trials against other sub machine guns. It was also trialled in Malaya, Kenya, Libya and Korea to cover as wide a range of climatic conditions as possible. Finally accepted in September 1953, it was a massive improvement on the Sten. It then evolved into the Sterling sub-machine gun introduced into the Army in 1955 as the L2A3. Some were used at Suez in 1956, but in that action the Egyptian Army probably had more.