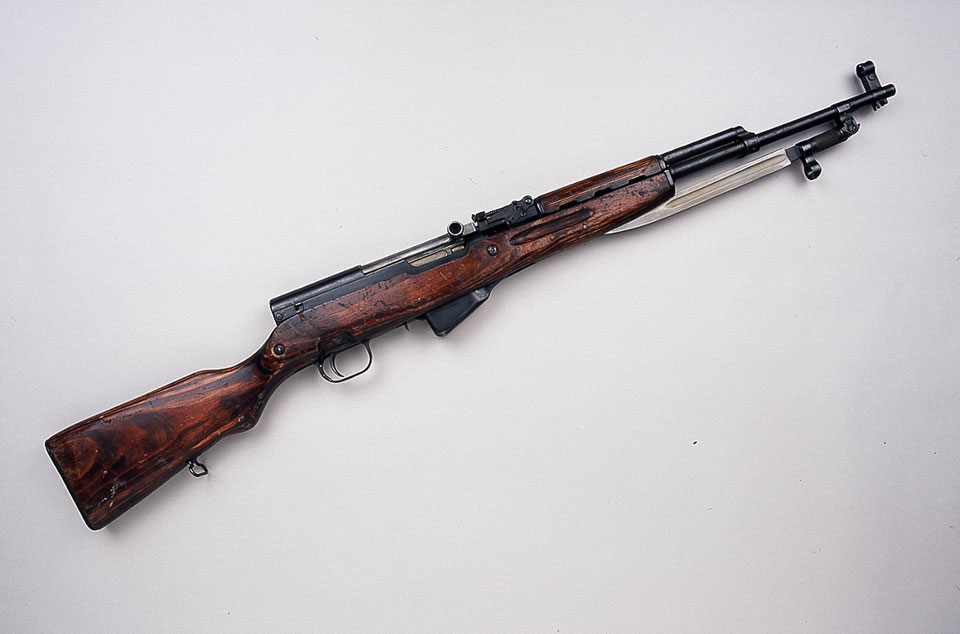 The Simonov Carbine was produced in large numbers by the Soviet Union. It was the first weapon to use the short 7.62 mm cartridge which was eventually utilised by the Kalashnikov AK47. Egypt had tried to modernise its army in the 1950s and used the Simonov to standardise its arsenal, replacing earlier self-loading rifles.