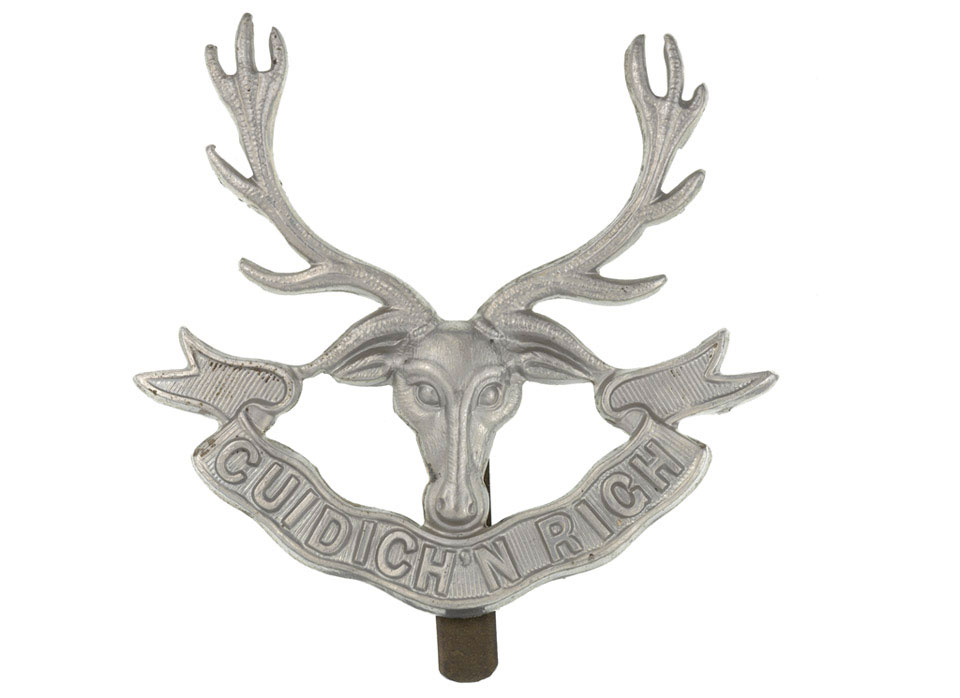 This regiment was formed during the 1881 reforms and existed until 1961 when it was merged into The Queen's Own Highlanders (Seaforth and Camerons). Its badge depicts a stag with the motto 'Cuidich 'n Righ' (Aid the King). These were originally the emblem and words of the Clan Mackenzie, a member of whom, the Earl of Seaforth, had first raised the Seaforth Highlanders' predecessor regiment, the 72nd Highlanders.