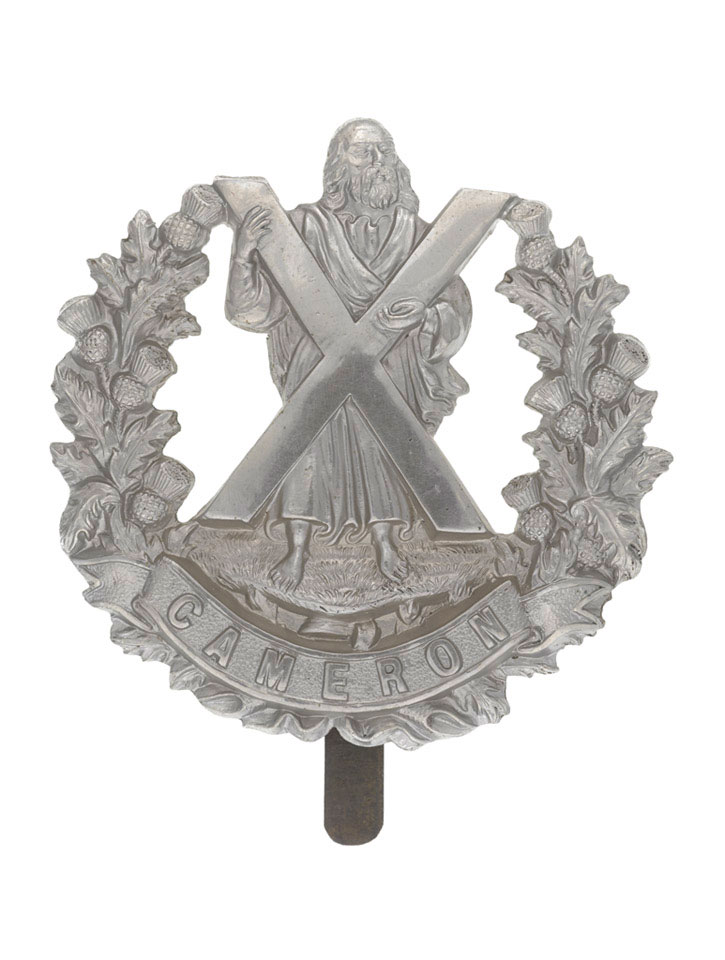 This Scottish infantry regiment was formed in 1793 by Sir Allen Cameron of Erracht in Inverness-shire. It was initially composed mainly of volunteers from Cameron's Highland clan. It fought in many campaigns until 1961, when it was merged into The Queen's Own Highlanders (Seaforth and Camerons).

The unit's badge depicts St Andrew with his saltire cross at the centre of a wreath of thistles. At the base of the wreath is a scroll bearing the title 'Cameron'.