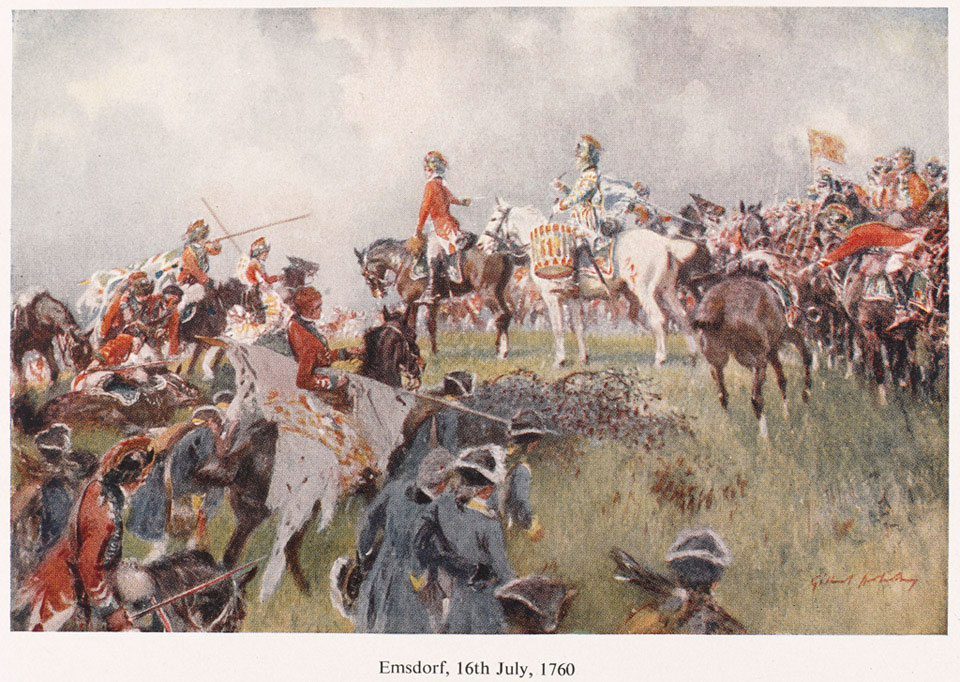 Soldiers of the 15th Light Dragoons are depicted rallying after capturing a French standard at the Battle of Emsdorf. Fought in Germany in 1760 during the Seven Years War (1756-1763), this engagement saw British and Hanoverian troops surprise their French enemies before they could form up properly.

The 15th then repeatedly charged the French as they tried to retreat and broke five battalions of infantry in rapid succession before capturing five guns and a howitzer. They also took 1,650 prisoners, including the French commander Marshal Glaubitz and the Prince of Anhalt.