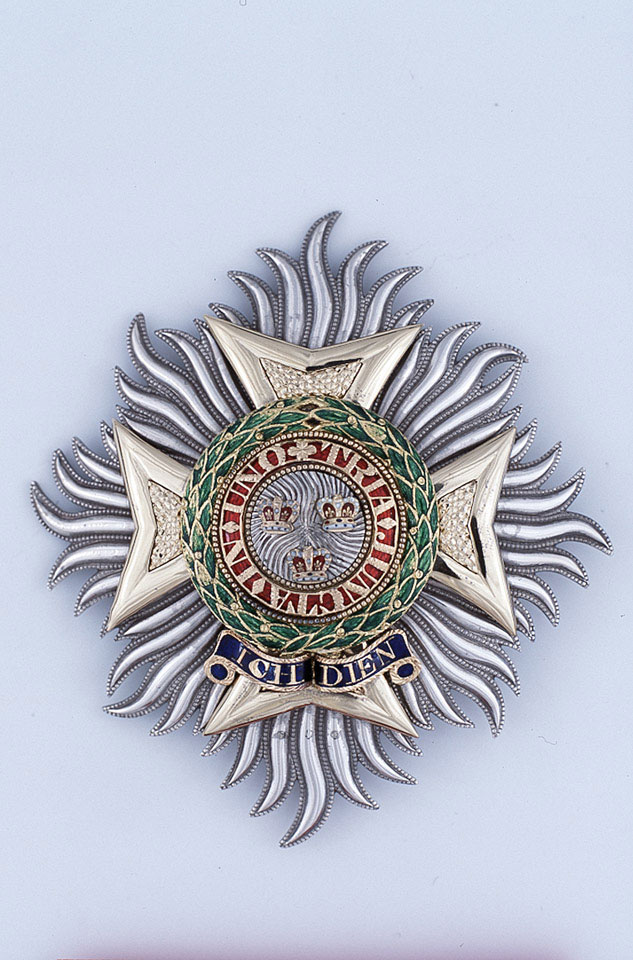 Field Marshal Sir Colin Campbell was invested with the GCB by Lord Stratford de Redcliffe in the Crimea on 27 August 1855. In the Crimea he commanded the Highland Brigade with notable success at the battles of the Alma and Balaklava (1854).

Campbell was first commissioned in 1808 into the 9th (or the East Norfolk) Regiment of Foot, with which he fought during the Peninsular War (1808-14). By 1837 Colin Campbell was Lieutenant-Colonel of the 98th Regiment of Foot, which he commanded during the First China War (1842), before going to India as a brigadier-general in 1846. He remained there until 1853, having gained distinction in the 2nd Sikh War (1848-49). His career was crowned by his appointment as Commander- in-Chief in India and the suppression of the mutiny in the Bengal Army (1858-1859). He was ennobled as Lord Clyde in 1858 and promoted field marshal in 1862.

In spite of his vast experience and his battlefield successes in the Crimea, Sir Colin Campbell never achieved command of the Army of the East, even though the list of alternative candidates to replace General Simpson in November 1855 was so short that the Government had to turn to Major-General Sir William Codrington, a man who had never heard a shot fired in anger until the Alma. Campbell was considered unfortunate to have been overlooked, and his case was pressed by Queen Victoria herself, but both the Commander-in-Chief of the Army, Lord Hardinge, and Lord Raglan before his death considered him unsuitable, either from a lack of subordination or for being too excitable. Indeed, Campbell could be intractable and the suspicion that he would find it difficult to co-operate with the French also told against him.