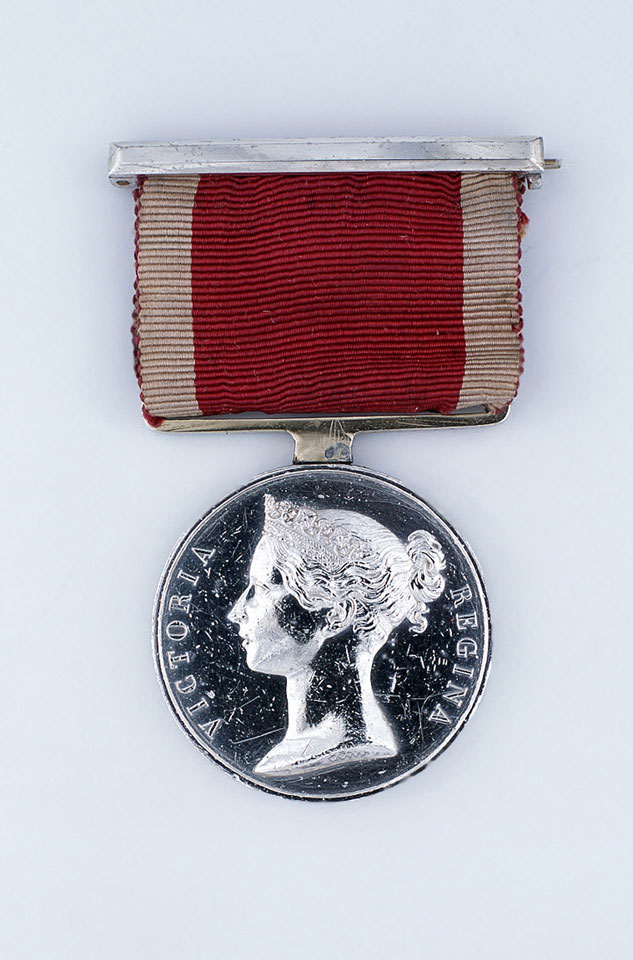 Silver, circular medal, designed by William Wyon, with, on the obverse, the head of Queen Victoria wearing a diadem, with the inscription, 'Victoria Regina'. On the reverse, a shield bearing the royal coat of arms in front of a trophy of arms, including a cannon, with a palm tree behind; an inscription above reads, 'Armis Exposcere Pacim' (They demanded peace by force of arms), with the campaign title, 'China 1842', in the exergue below.