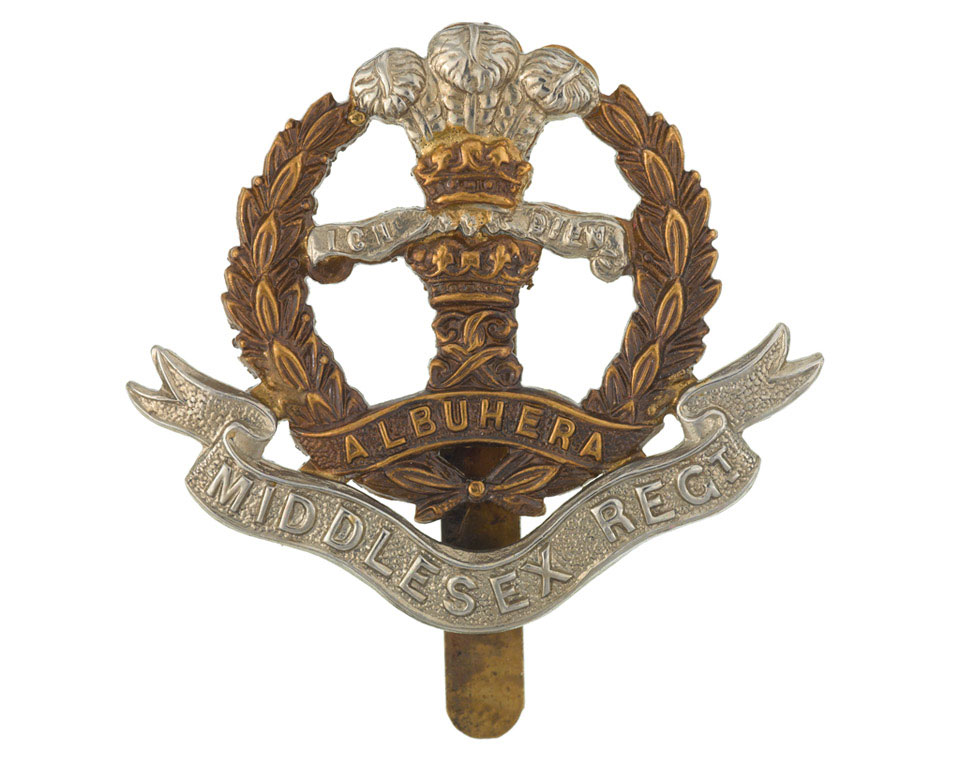 Cap badge, other ranks, The Middlesex Regiment (Duke of Cambridge's Own)

The 1881 Army Reforms merged several units to create county regiments. One of these was the Middlesex Regiment, formed by merging the 57th and 77th Regiments of Foot, which both had an existing affiliation to Middlesex.