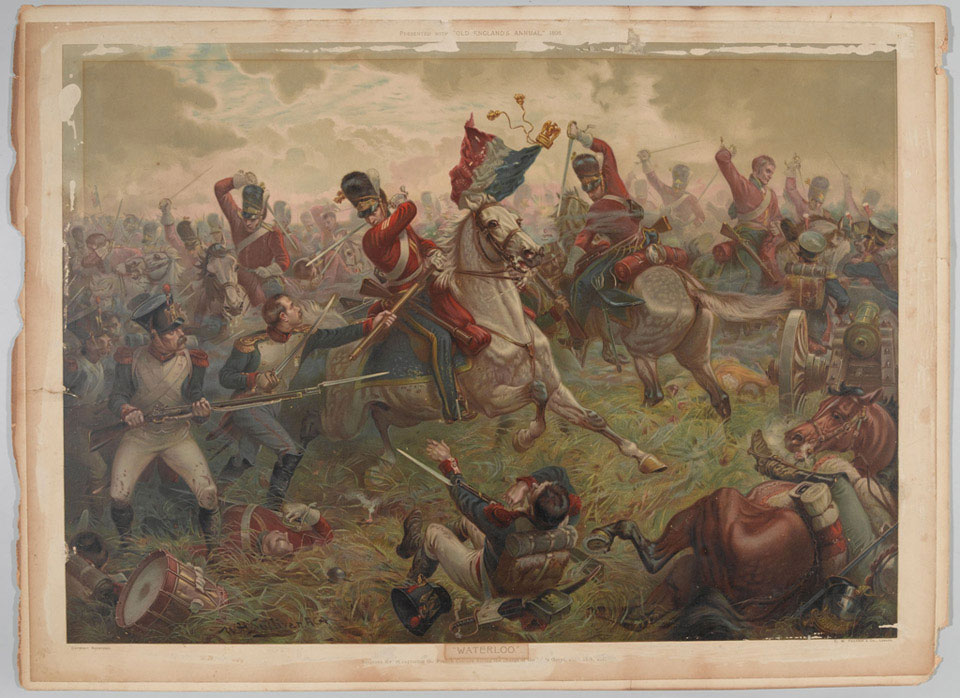 This print depicts a scene from the Battle of Waterloo (1815) when Sergeant Charles Ewart (1769-1846) of the 2nd (Royal North British) Dragoons, captured the Imperial Eagle of the French 45eme Régiment. As the Scots Greys advanced he cut down the four escorts accompanying the eagle bearer and bore the standard away. Ewart was commissioned as a reward for his gallantry. Something of a veteran by the time of Waterloo, he had originally enlisted in 1789 and served in many campaigns; on one occasion being taken prisoner.