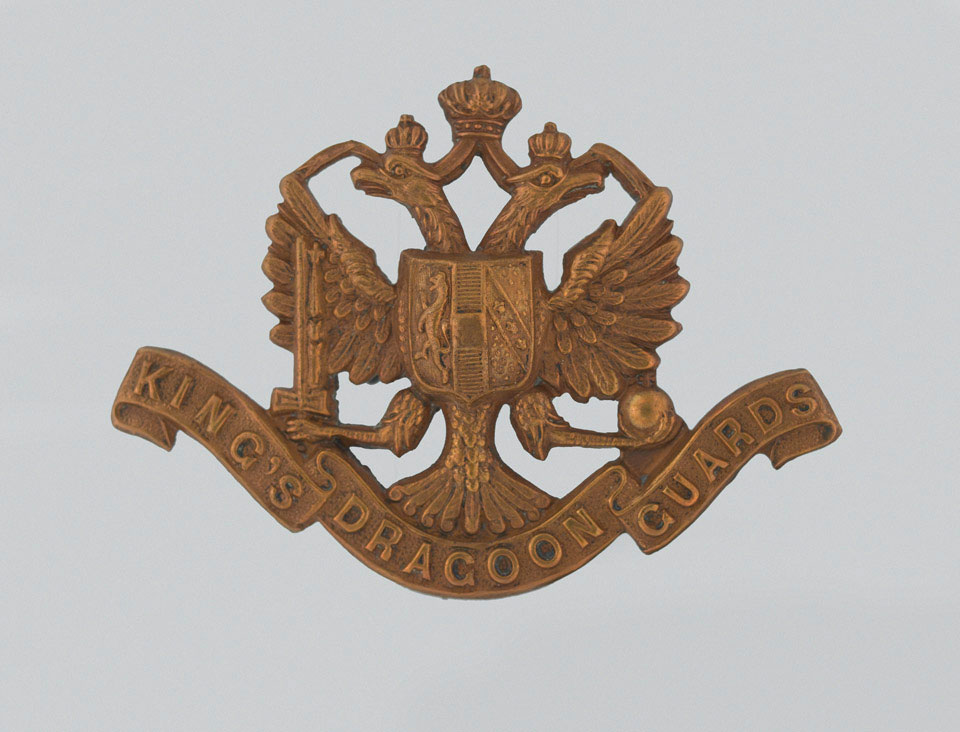 Gilt metal badge in the form of crowned double-headed eagle holding a sword and orb, with a central shield and scroll bearing the unit's title.

In 1896 Emperor Franz Joseph I of Austria became this regiment's colonel-in-chief, granting it the privilege of wearing the Hapsburg double headed eagle on its headdress. But the outbreak of World War One (1914-1918) in 1914 saw the unit end its association with Austria. The double-headed Austrian eagle did however return to the cap badge in 1937. In 1959 the regiment merged with the 2nd Dragoon Guards to form the 1st The Queen's Dragoon Guards, who today continue to use the Austrian eagle as their badge.