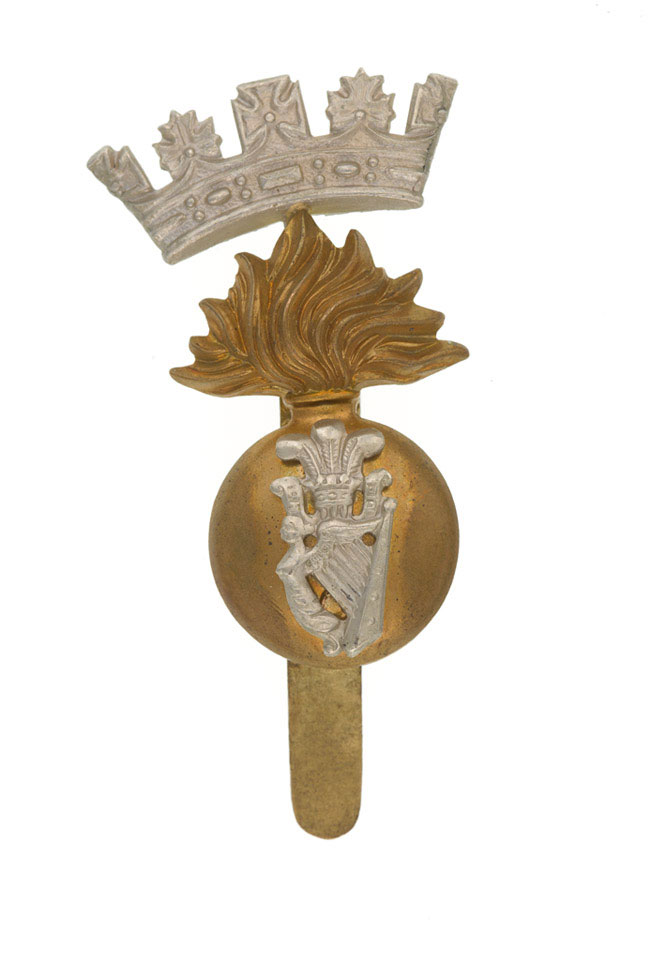 The regiment wore two cap badges, the coronet of Princess Victoria (granted to the 89th Foot in the 1830s) pinned above a flaming grenade. On the ball of the latter is the Irish harp with the Prince of Wales's plume, coronet and motto 'Ich Dien' (I serve) above.