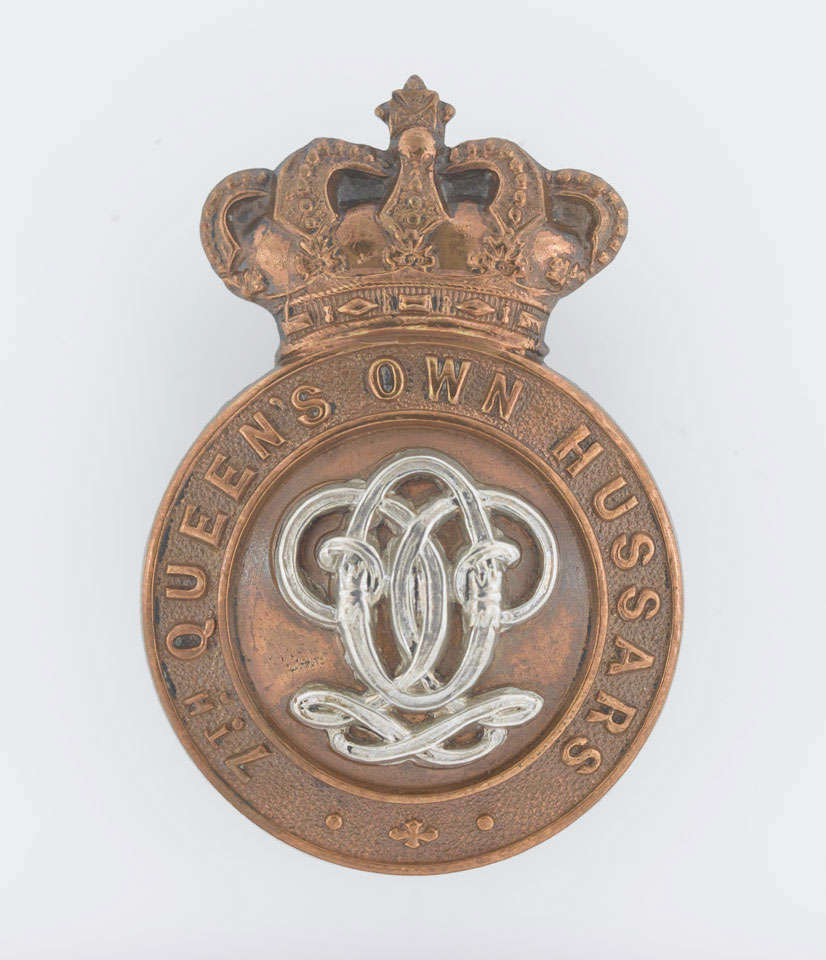 Bi-metal badge featuring the 'Queen's Own' cypher, 'QO', within a circlet with the regimental title, '7th Queen's Own Hussars' surmounted by a crown.

Originally raised in 1690, the 7th Hussars' motto was 'Honi Soit Qui Mal Y Pense' ('Shame On Him Who Thinks This Evil'). The regiment also had several nicknames including the 'Saucy Seventh', a reference to its officers' smartness, ornate uniforms and reputation in high society.

After extensive service in the Napoleonic Wars the regiment saw no more action until the Indian Mutiny (1857-1859), where it took part in the final capture of Lucknow in March 1858. It remained in India until 1871. The 7th Hussars spent the next 46 years in England and South Africa, along with a total of 18 years in India.