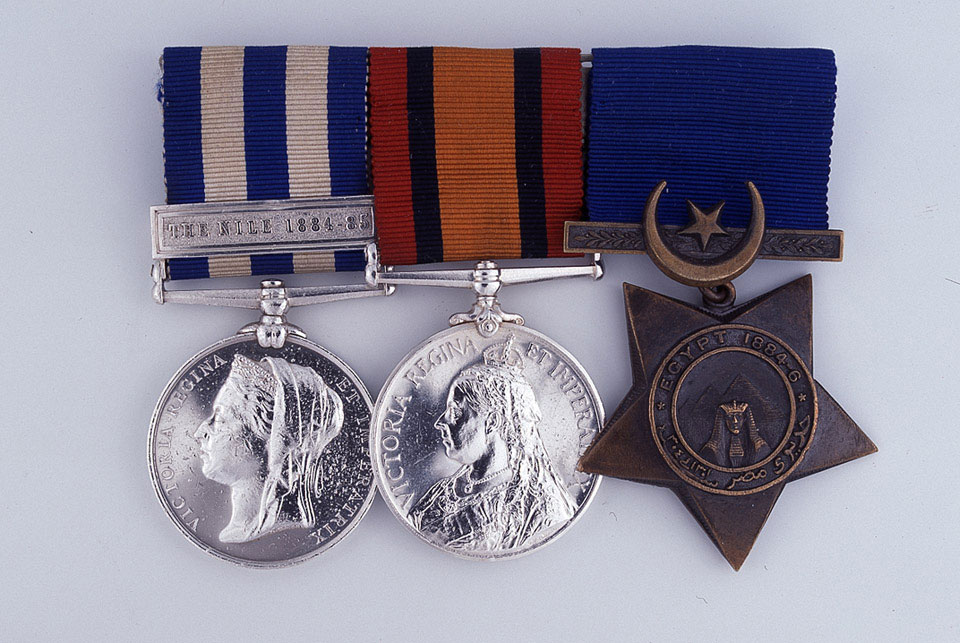 Kennedy was commissioned as a lieutenant with the Queen's Own (Royal West Kent) Regiment in July 1881, and promoted to captain in June 1891. He transferred to the 3rd Battalion that year. During his service he received the Egyptian Campaigns Medal 1882-89 with bar 'The Nile 1884-85' for service with the Khartoum relief expedition, and the Khedive's Star. Kennedy was also awarded the Queen's Mediterranean Medal (1899), which was given to officers and men of militia battalions sent to Malta and Gibraltar where they performed garrison duty in order to release regular troops who were then drafted to the Cape.