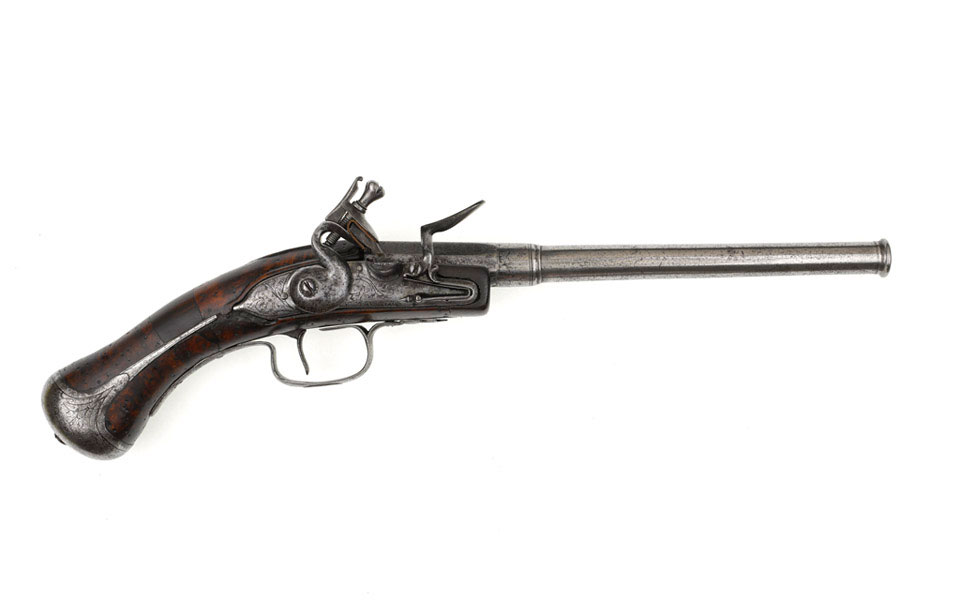 One of a pair, made by the gunsmith William Upton of Oxford.

Expensive, finely-decorated pistols such as these were carried by many Royalist officers during the First English Civil War (1642-1646). King Charles I is known to have left a pair behind at Wistow Hall, Leicestershire, after his defeat at the Battle of Naseby in 1645.

The pistols had screwed barrels, that is, the whole barrel could be screwed into the stock. Their rifled barrels made them more accurate than most contemporary pistols. However, they were expensive to make and slow to load, as the barrel had to be unscrewed for unloading.