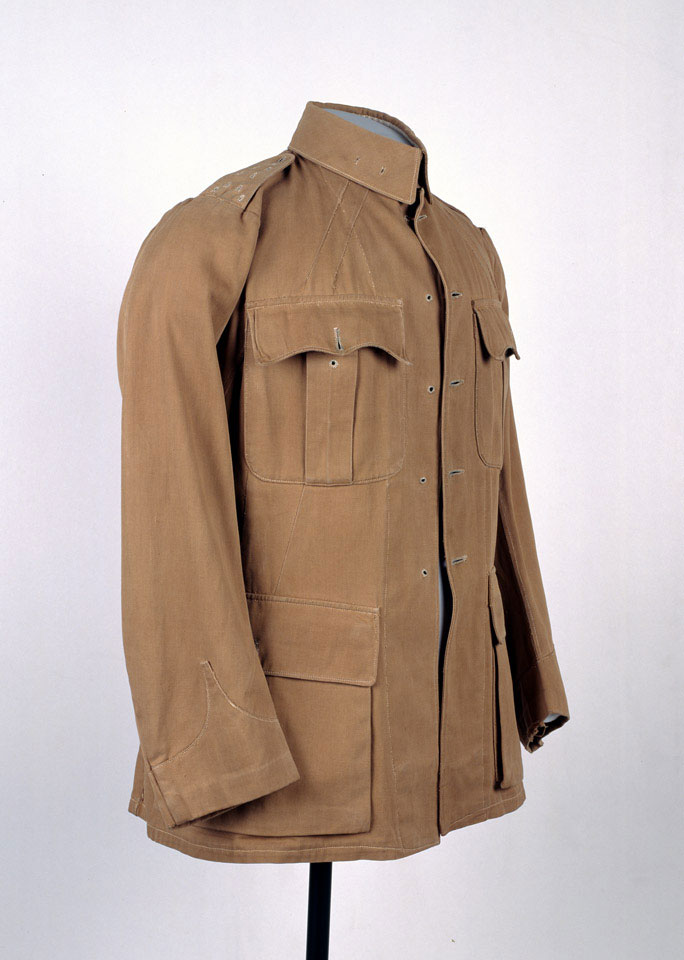 Charles Franklin Frisby Hodgson (1877-1960) joined the 2nd Battalion of the South Staffordshire Regiment from the Militia in 1899, and, after service at Allahabad, India, arrived with his unit at Durban in November 1906. The battalion formed part of the garrison of Pretoria for four years until 1911, when it left Durban for Southampton.

During World War One, Hodgson fought on the Western Front, where he was wounded, and acted as a brigade major of Southern Command between August 1916 and April 1917. He retired from the Army in April 1925. This tunic, a rare example of the 1902-1913 pattern, would have been worn by Hodgson during his time at Pretoria.