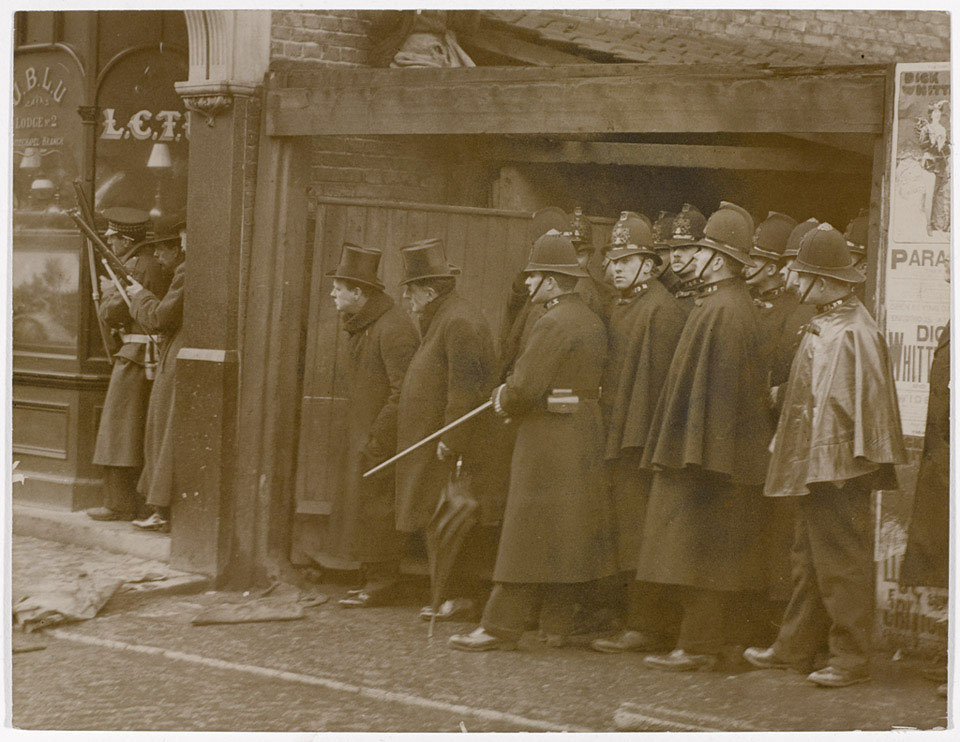 Photograph from a collection collected by Press Agencies in India, 1911 (c).

The Siege of Sidney Street in 1911 was the first time that police requested military assistance in London to deal with an armed stand-off after Latvian revolutionaries fired on unarmed police officers following a botched robbery.

Churchill was in the huge crowd watching from the sidelines as hundreds of police officers and marksmen from the Scots Guards engaged in a fierce gun battle with members of the group holed up at 100 Sidney Street in Stepney, East London. He was criticised for putting himself in danger by attending the siege.